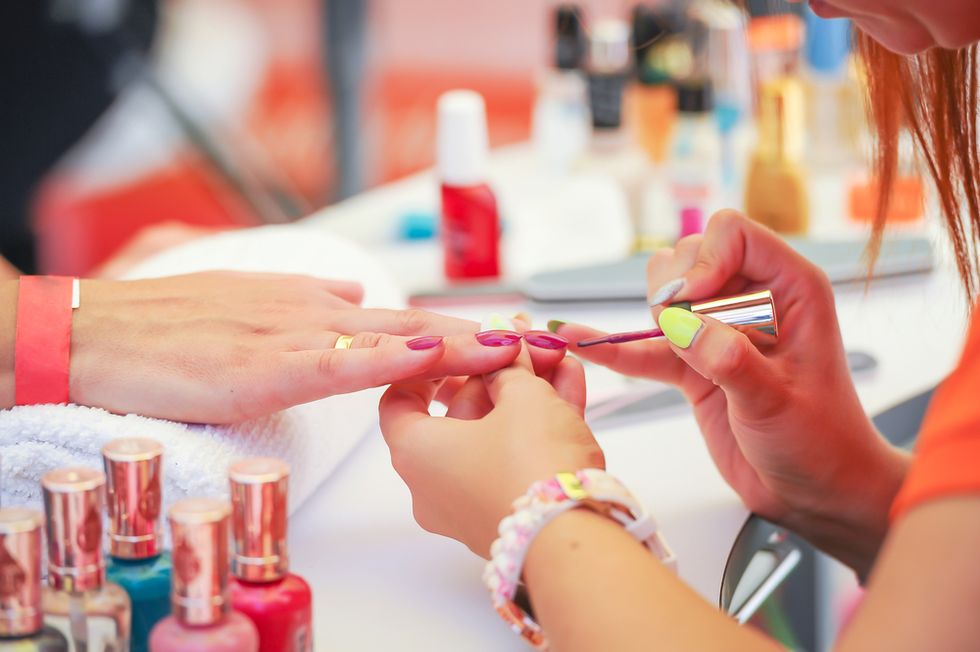 Woman giving another woman a manicure (image via Shuterstock).

A veteran doctor who's worked on humanitarian missions in ten countries affected by disaster quit abruptly after allegedly witnessing federal disaster relief staffers in Puerto Rico bring in citizens to provide them with a "spa day" on the taxpayers dime.

The doctor spoke with MSNBC's Rachel Maddow, and provided images and descriptions of what she saw, as well as her resignation letter.

According to the doctor, the disaster relief employees "used the triage tents that are supposed to be for medical care and instead brought in local Puerto Rican residents to give the medical workers cut-rate manicures and pedicures," all while on the clock.

"I find this gross misuse of taxpayer funds and abuse of our privileged positions personally abhorrent," the doctor wrote in her lengthy resignation to her superiors at the National Disaster Medical System, a cooperative agency between Health and Human Services, Homeland Security, Defense and Veterans Affairs departments.

The doctor said she opposed the "optics of NDMS medical personnel responsible for seeing injured and ill Puerto Ricans who have no homes, food or supplies having a spa day on taxpayer money," which she found "personally abhorrent."

When Maddow's producers reached out to NDMS, they said they'd been aware of the situation and were investigating it.

Watch Maddow detail the first responders' "spa day" on the taxpayers' dime below, via MSNBC.