Former GOP Rep stuns: The Republic might be 'safer if Democrats take over the House in 2018' 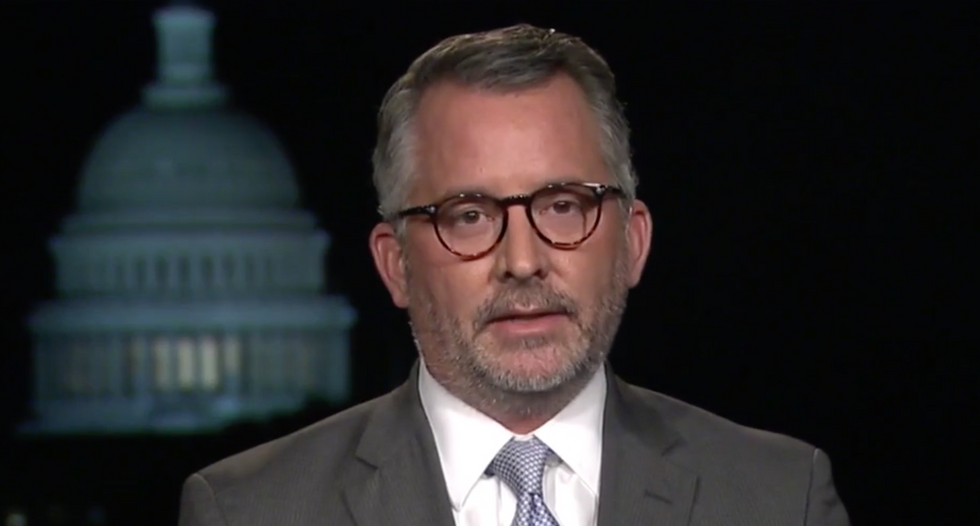 Former GOP Rep. David Jolly on Monday made a stunning remark about his own party’s power, suggesting maybe the United States will be “safer if Democrats take over the House in 2018.”

Jolly and MSNBC’s Lawrence O’Donnell were discussing Speaker of the House Paul Ryan’s (R-WI) recent claim that “the United States Senate” is Congress’ “biggest obstacle to getting tax reform passed.”

“Sen. Mitch McConnell can't be happy with that,” O’Donnell told his guest.

Jolly noted what started out as an “emerging rebellion within the Republican party” that McConnell and former House Speaker John Boehner couldn’t figure out has transformed into a much greater threat.

“[McConnell and Boehner] still haven't figured it out, and now it's real life consequences and potentially dangerous consequences,” Jolly said. “So I'll be honest with you: Personally, as a Republican, in the past few weeks I’ve wondered, ‘Is the Republic safer if Democrats take over the House in 2018?’”

“I raised that issue with the leading Republican in D.C. last week and the remarkable thing is he had been thinking exactly the same thing,” Jolly added. “This is a president that needs a greater check on his power than Republicans in Congress have offered.”