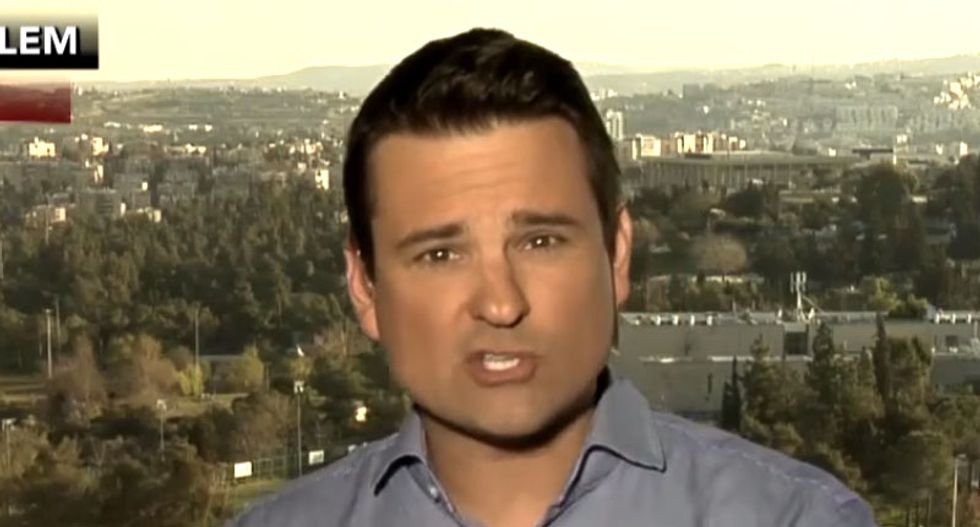 A Fox News spokesperson told Mediaite: "Following a thorough investigation into a physical altercation earlier this month, FOX News made the decision to sever ties with Jerusalem-based correspondent John Huddy. The network’s investigation concluded last week, and due to observation of the Sabbath on Friday, terminated Huddy’s employment this morning."

His sister, Juliet Huddy, on Monday appeared on NBC's Megyn Kelly Today, where she discussed her settlement with Fox New after making sexual harassment claims.

Juliet said she signed a nondisclosure agreement that prevented her from discussing what she experienced.

“Many women go into the settlement agreement because they just don’t want to face what potentially could be coming them,” Huddy explained. “You have to think about your future. And some people just want to make it go away and move on with their lives.”

“I’m terrified. I’m actually terrified," she added. "I don’t know why I’m about to cry. But it’s just — it’s difficult I think people have regrets. People have regrets when they sign nondisclosure agreements.”