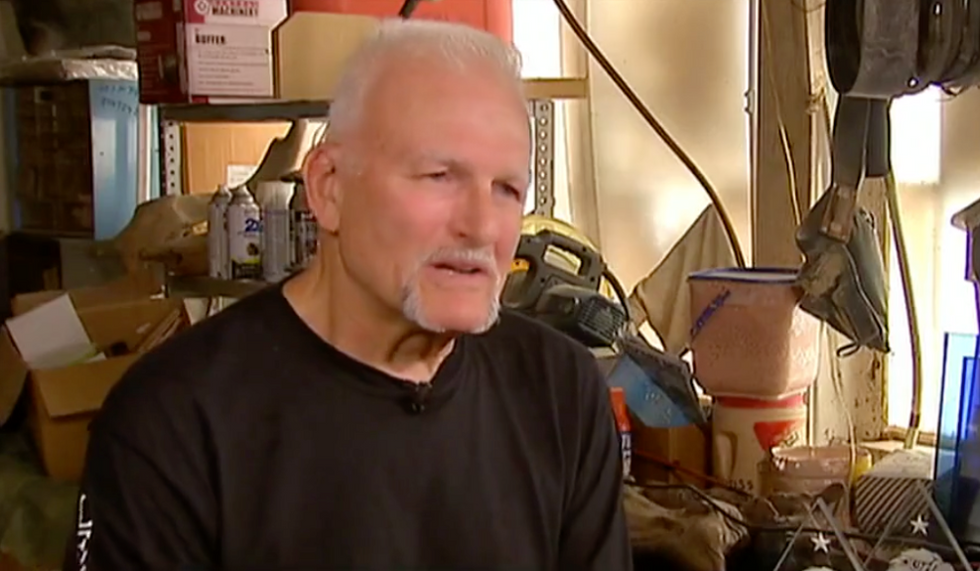 A pro-Trump Navy veteran who appeared on Fox News earlier this month has admitted that he lied about his service -- including a completely false claim that he received two Purple Hearts.

The Military Times reports that John Garofalo, who appeared on Fox on October 8 to both praise President Donald Trump and to boast about his own service record, completely fabricated most of the details of his service.

Among other things, Garofalo falsely claimed that he was a Navy SEAL, that he received two Purple Hearts, and that he served in Vietnam.

"Records show Garofalo did serve in the Navy from Sept. 6, 1963, to Sept. 6, 1967, as an aviation boatswain’s mate ― aircraft handling, or ABH, a job that involves overseeing various ground-based functions involving aircraft," the Military Times reports. "The closest he ever got to Vietnam was a tour in Rota, Spain."

When contacted by the publication, Garofalo admitted to making up stories about his service, and he apologized to the Navy SEALs for lying about being one of them.

"What I did I‘m ashamed of, and I didn’t mean to cause so much disgrace to the SEALs," he said.

Fox News has since retracted its story about Garofalo and has issued a correction.