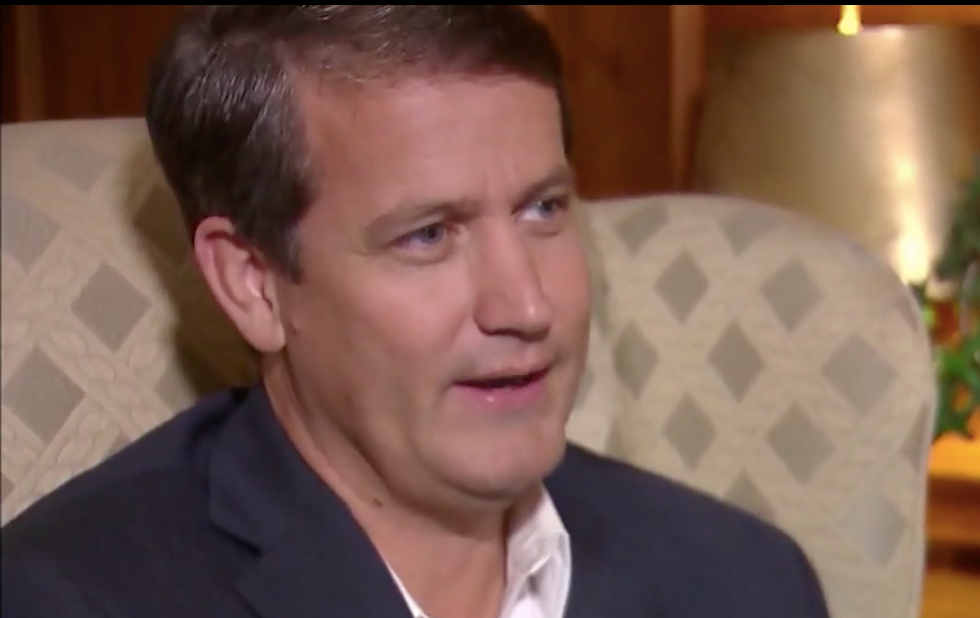 A Republican state senator who wants to run for Georgia governor is holding a raffle to give away a "bump stock," the type of device Las Vegas massacre gunman Stephen Paddock used to make his semi-automatic rifles fire more like machine guns.

Fox 5 Atlanta said that Michael Williams knows that some people might feel he's being insensitive by giving away one of the devices less than a month after 59 people were killed and hundreds more injured when Paddock opened fire on a country music concert from his hotel room.

However, Williams said that he believes that bump stocks are being unfairly vilified and that attempts to regulate them would be an infringement on the rights of gun owners.

"It's just to send a message that we are going to fight this tooth and nail and that we have to stand up, and again support our Second Amendment," he said on Wednesday.

"It's just a tool to increase the rate of fire. You can use a bungee cord and are we going to push to ban bungee cords? Again, if somebody wants to carry out this horrific act, they're going to find a way to do it," he insisted.

According to WDSU, Williams claims there is "zero evidence" that banning bump stocks would make Americans safer and blamed "liberals and Hollywood elites" for what he sees as incursions on his rights as a gun owner.

Williams claims that the bump stocks Stephen Paddock used actually prevented more deaths in the Las Vegas mass shooting "due to its inconsistency, inaccuracy, and lack of control."

WDSU noted that Williams "did not cite any experts to back up that statement."