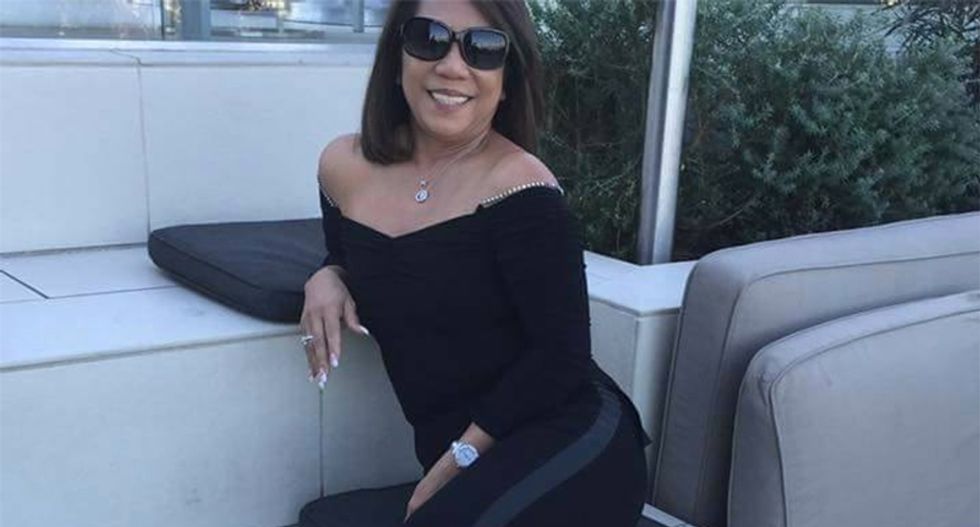 The girlfriend of a retiree who killed 58 people and then himself in a shooting rampage in Las Vegas arrived from the Philippines in Los Angeles, where FBI agents hoped to question her about the massacre, law enforcement officials said.

Marilou Danley, who U.S. authorities have described as a "person of interest" in the investigation, left Manila on Tuesday evening aboard Philippine Airlines Flight PR 102, according to Philippines immigration spokeswoman Antonette Mangrobang.

The non-stop flight arrived as scheduled at about 7:30 p.m. local time on Tuesday (0230 GMT Wednesday) at Los Angeles International Airport (LAX), according to the airline tracking website FlightAware.com and passengers from the flight.

Mangrobang told Reuters by text message there was no information about whether Danley was traveling with anyone else.

A police official in Manila and a law enforcement official in the United States, both speaking on condition of anonymity, told Reuters that Danley left the Philippines unescorted but was being met by Federal Bureau of Investigation (FBI) agents in Los Angeles.

The U.S. source said Danley was not under arrest but that the FBI hoped she would consent to be interviewed voluntarily.

The police official in Manila said Danley's trip back to the United States "was coordinated with FBI authorities" and that she was returning to clear her name of any involvement in the deadliest mass shooting in modern U.S. history.

Stephen Paddock, her live-in companion who killed himself moments before police stormed the Las Vegas hotel suite he had transformed into a sniper's nest on Sunday night, left no clear clues about why he staged his attack on an outdoor concert below the high-rise building.

Law enforcement authorities are hoping to obtain some answers from Danley, who according to public records and police shared Paddock's condo in a retirement community in Mesquite, Nevada, about 90 miles (145 km) northeast of Las Vegas.

The Philippine police official said authorities in Manila were told that Paddock used identification belonging to Danley, who has an Australian passport, when checking in to the Las Vegas hotel.

Investigators are also examining a $100,000 wire transfer that Paddock sent to an account in the Philippines that appeared to be intended for Danley, a senior U.S. homeland security official told Reuters on Tuesday.

The official, who has been briefed regularly on the probe but spoke on condition of anonymity, said investigators were working on the assumption that the money was intended as a form of life insurance payment to Danley.

The official said U.S. authorities were eager to question Danley about whether Paddock encouraged her to leave the United States before going on his rampage.

Danley arrived in Manila on Sept. 15, more than two weeks before the mass shooting in Las Vegas, then flew to Hong Kong on Sept. 22 and returned in Manila on Sept. 25. She was there until she flew to LAX on Tuesday night, according to a Philippine immigration official who spoke on condition of anonymity.

Danley, an Australian citizen aged 62 who is reported to have been born in the Philippines, was not seen by reporters in any public area of the LAX arrival terminal.

A flight attendant from the plane declined to comment, as did an airline manager at the terminal, citing privacy concerns, when asked if they had seen Danley. One passenger told Reuters she overheard members of the flight crew saying that one of them had escorted Danley from the plane.

The New York Times reported Danley has a daughter who lives in Los Angeles.

(Reporting by Lisa Baertlein in LOS ANGELES and Manny Mogato in MANILA; Writing by John Chalmers and Steve Gorman; Editing by Paul Tait)