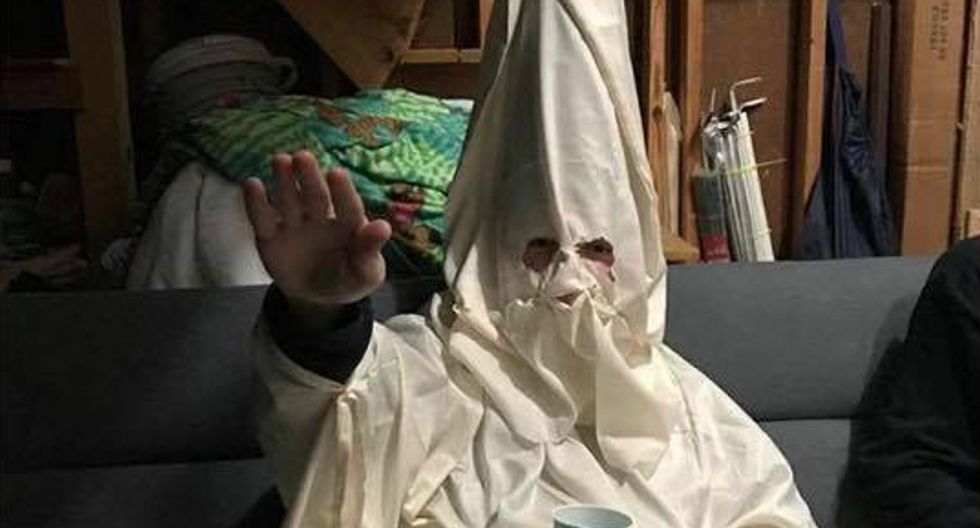 A person identified as a high school student in Chesapeake, VA in KKK-style robe and hood doing a Nazi salute. Image via Facebook.

Viral photos reportedly posted by a high school student in Chesapeake, Virginia show a person sitting while wearing a white robe and hood a la the KKK while doing a Nazi salute.

According to Virginia's ABC11 network, school officials are investigating the now-viral post and the students involved, but would not comment further on their identities or specific punishments.

Along with the post of the person in KKK-style robes and hood, another shows two people, one in the robes and another dressed as a cowboy, doing Nazi salutes. The image's caption reads "Happy Halloween f*ckers."

You can check out the posts below.