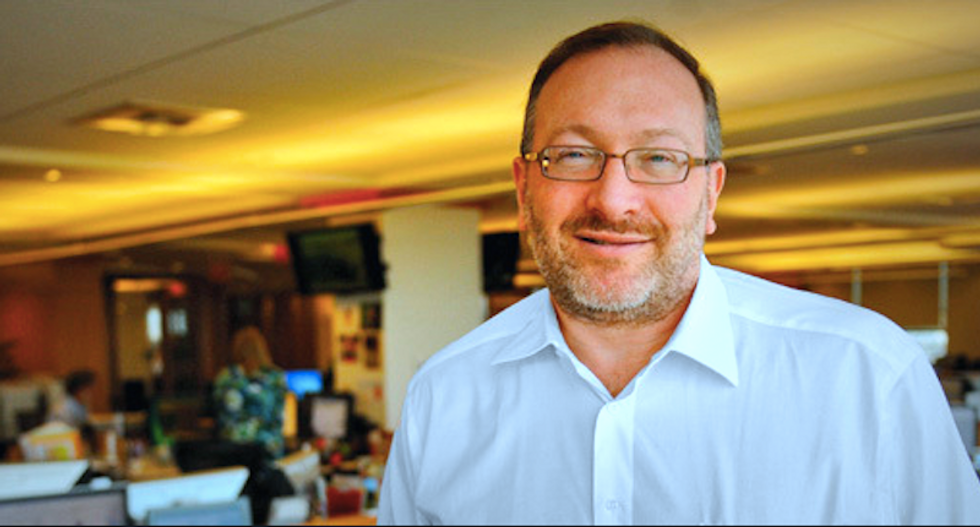 Billionaire hedge funder Seth Klarman is having a rough quarter. The media averse Klarman, often likened to Warren Buffet for his safe bets and low profile, has been dragged into the spotlight twice in less than a month.

First, when officials in Massachusetts forced a secretive political organization [3] to reveal its donors, Klarman’s name topped the list. Of the more than $15 million [4] Families for Excellent Schools spent pushing last November’s failed ballot initiative to increase the number of the state’s charter schools, $3.3 million came from Klarman, the most from any single individual. Partners at Klarman’s hedge fund the Baupost Group chipped in another $376,000, joining a who’s who of billionaires and private investors, including Alice Walton of Walmart fame and multiple partners from Mitt Romney’s former firm Bain Capital.

Then, earlier this week, The Intercept [5] unmasked Klarman's Baupost Group as one of the largest holders of Puerto Rico’s skyrocketing public debt. The U.S. territory is reeling from a recent one-two punch of Hurricanes Irma and Maria, but its residents—who are U.S. citizens—have long suffered as the island’s government has struggled to pay off over $70 billion in bonds. For over a decade, infrastructure has been neglected and privatized, government employees have been laid off, and public services have been drastically cut—in May, 184 [6] public schools were put on the chopping block. Even democracy has been taken from the people: last year, Congress gave decision-making power over the territory to an unelected board. Why? To pay back bondholders like Klarman. Using a shell company to hide that they’re profiting from this suffering, the Baupost Group owns $911 million of the island's bonds.

So what do we make of Klarman's sudden notoriety? Nothing in particular—he’s one of many investors not only profiting from Puerto Rico’s debt crisis but also perpetuating it.

But that’s just it. The lesson here is that the growing crisis caused by charter schools in school districts nationwide is very much a manufactured one. It’s Naomi Klein’s “disaster capitalism” at a slower pace.

While some charter schools provide innovative and alternative learning, many provide an education no different than traditional public schools. Yet the charter school industry—the Seth Klarmans, Eli Broads, and Bain Capitals of the world—are pouring money into creating more of them.

The similarities with the crisis unfolding in Puerto Rico are striking.

There’s austerity, the unwillingness to raise revenues to adequately fund government. In Massachusetts, a 2015 bipartisan legislative commission found that the state’s public schools were underfunded by $1.1 billion [9] per year.

There’s scapegoating of public employees. A month before school began this year, Chicago Public Schools announced it was laying off 950 [10] employees, 350 of them teachers.

There’s an utter lack of democracy. Charter schools are managed by unelected private boards, unaccountable to the public that pays the bills.

What does all this add up to? Public goods and services being handed over to private hands.

In Puerto Rico, the main international airport and busiest highway have already been privatized, and more is being put on the table. In June, the unelected board voted down a plan to restructure the debt because it would have made privatization of the island’s power utility “impossible [11].”

When it comes to charter schools, evidence is mounting that an unknown amount of taxpayer money is ending up in private hands. In one glaring recent example, Los Angeles’s Alliance charter school network has received more than $110 million [12] in federal and state taxpayer funding and subsidies for its school buildings, which, because of lax regulation, are now part of a growing empire of privately owned real estate now worth in excess of $200 million.

The takeaway here is that the charter school push is part of a larger playbook. Led by Republicans, but too often supported by Democrats, American government is being turned on its head. Instead of providing public goods and services to support broad prosperity, government is being used to extract wealth and resources from the many to give to the few.

In 2011, as much of the world was recovering from the Great Recession, Klarman wrote [13] of Baupost Group's prospects: “Whatever investment success we achieve will take place against a troubled backdrop.”

That’s a slogan for privatization if I ever saw one.