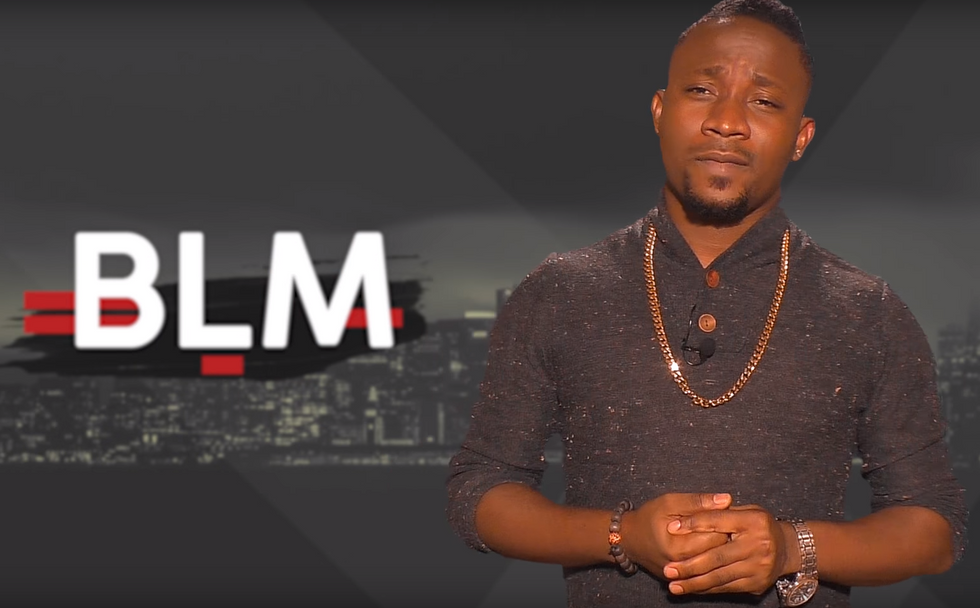 A video endorsing Donald Trump published on the YouTube page of Williams and Kalvin (Screen cap).

Two purported Black Lives Matter supporters who endorsed President Donald Trump have been outed as propagandists employed by the Kremlin.

The Daily Beast reports that two wannabe social media stars, who go by the names of Williams and Kalvin Johnson, have recently seen their Facebook and Twitter accounts suspended because they were found to have been part of a Russian propaganda operation to boost support for Trump's candidacy among black Americans.

In their videos, the two men regularly attack former Democratic nominee Hillary Clinton as an "old racist b*tch," while praising Trump for being a pragmatic businessman who couldn't have succeeded if he'd actually been a racist.

"We, the black people, we stand in one unity," one of the men said in a video that posted last November. "We stand in one to say that Hillary Clinton is not our candidate."

The video also claimed that Clinton "is going to stand for the Muslim," and claimed that this was a reason that black Americans should not support her.

In the video endorsing Trump, one of the men defended accusations that Trump was racist by claiming that "any businessman cannot be a racist because when you are a racist, then your business is going down." The man then made a "black power" fist and told his viewers to back Trump.

In other videos, Williams and Kalvin highlight cases of police brutality and profess support for the Black Lives Matter movement in an apparent attempt to bolster their credibility among black activists who would otherwise be skeptical of their Trump endorsement.

While the duo's reach on YouTube is very limited, they apparently had a solid following on Facebook, where their page had 48,000 fans.

Read the Daily Beast's entire expose at this link.

Indian actress Shilpa Shetty has been formally cleared of obscenity charges dating from when Hollywood star Richard Gere publicly kissed her at an AIDS awareness event 15 years ago.

The incident triggered a local firestorm at the time, with radical Hindu groups burning effigies of both celebrities to protest the perceived insult to Indian values.