'It's a mystery': Reporters tell MSNBC's Ari Melber the White House refuses to say what Ivanka does 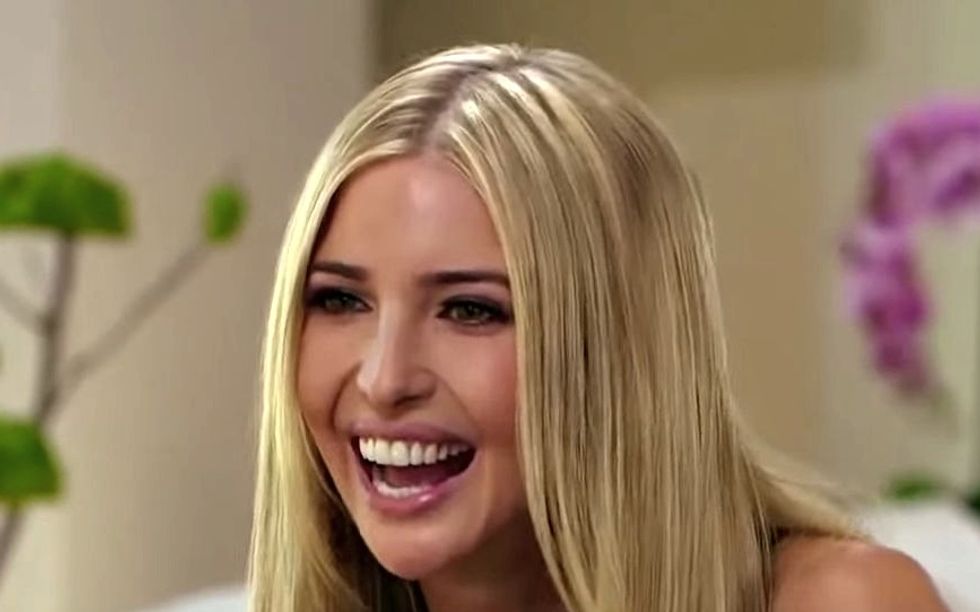 "Seligson wondered which members Trump’s administration are being “[implicated] to lie for him and stand in for him?”"

“How much is [Ivanka] lying for her father?" Seligson asked. “How much does she have to put on a front to hold up Trump's lies?”

Seligson explained Ivanka’s lawyer original said “she was going to be the eyes and ears of the administration,” but since taking a role in the White House, “she's backed away, saying, ‘I'm staying in my lane.’”

“What I’ve heard from other reporters is they have to get through army of lawyers and PR people to get access to Ivanka,” Seligson said. “That’s the difficulty in covering her.”

“Not only do we not know what Ivanka’s qualifications for serving in White House are, but really have no idea of her job description is,” Rosen offered. “[Seligson] asked the White House, ‘Can you just tell us what Ivanka does?’ [The White House] refused to reply. It's amazing, like a palace.”

“No one would go on the record to give me her job description is,” Seligson explained.