Jake Tapper shames Trump's attack on the media by whipping out the Constitution: 'You might want to look into it' 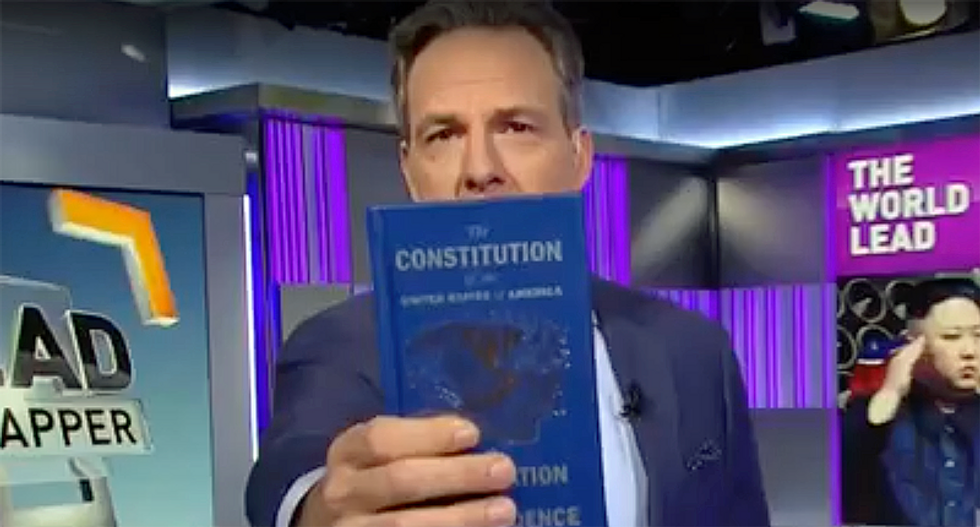 CNN chief Washington correspondent Jake Tapper boldly responded to President Donald Trump by holding up a pocket copy of the United States Constitution at the start of "The Lead" on Wednesday.

Earlier in the day, President Trump attacked the First Amendment from the Oval Office.

"It is frankly disgusting the press is able to write whatever it wants to write," Trump declared.

Trump's statement was a direct attack on the Constitution that President Trump took an oath to uphold, "against all enemies, foreign or domestic." The same oath was taken by every member of Congress and by the president's cabinet.

“Congress shall make no law… abridging the freedom of speech, or of the press,” the amendment reads.

Tapper began his show by quoting Trump's attack on the First Amendment, then noting he had looked into it, as he displayed his pocket copy of the Constitution.

"And you might want to look into it too, Mr. President," Tapper said, as the camera zoomed in on the highest law of the land.