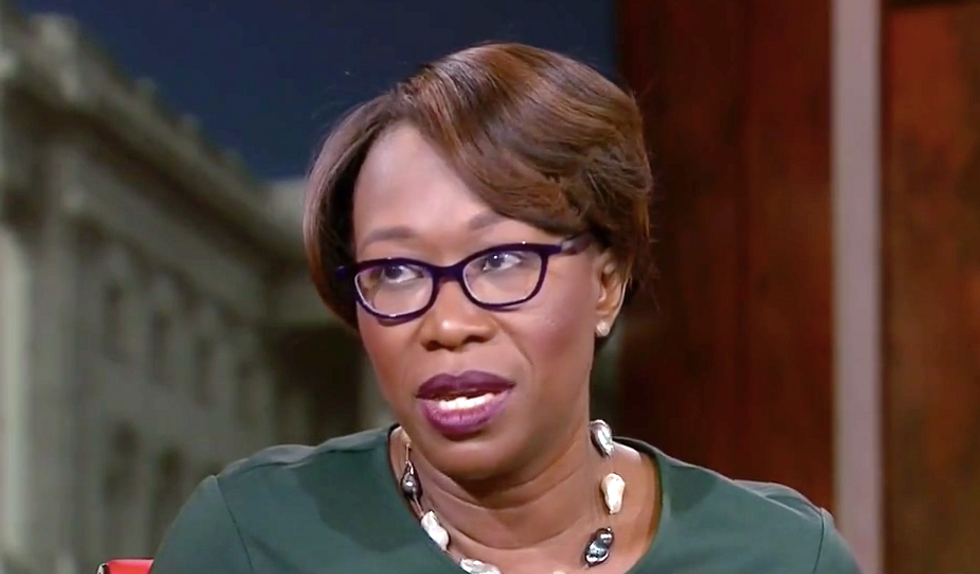 On Sunday, MSNBC's Joy Reid told a panel discussion on "Meet the Press" that President Donald Trump cannot stand to be criticized by women and especially women of color, which is why he strikes back so personally and vehemently.

Trump is "just being himself," Reid said. "It is interesting that Donald Trump’s reflex is to say that a woman, a woman of color, you know, is an ingrate, or to attack, or to say the people of Puerto Rico essentially are too lazy to help themselves, want something from the federal government that they won’t provide to themselves."

She continued, "You know, he actually went on that tweet-storm, which was the most he had talked about Puerto Rico at all, a year to the day after he attacked Alicia Machado, the former Miss Universe. Donald Trump has a particular reflex to attack women, to attack women of color, and to signal boost to his base this idea that people of color are lazy and dependent and won’t do for themselves. He’s sharing that with a large portion of his base.”