'Just stop': Seth Meyers asks Trump to 'do what a normal decent human being would' and apologize to soldier's widow 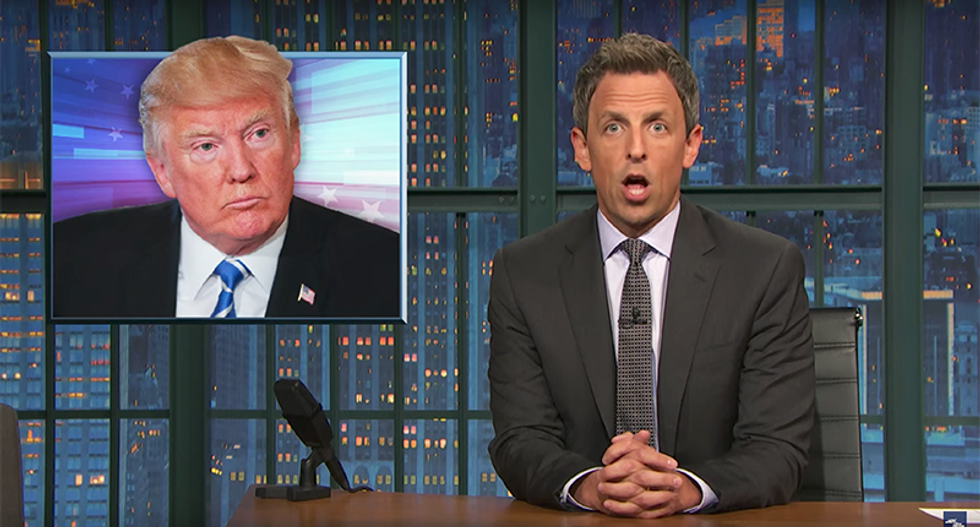 Seth Meyers on Monday had enough of Donald Trump’s ongoing feud with a slain soldier’s family, imploring the president to “do what a normal, decent human being would do,” and apologize.

Meyers was explaining Trump’s assertion that the GOP has the votes to pass tax reform, a common refrain the president used during his party’s failed attempt to pass healthcare legislation.

Noting the president seems to lack a basic grasp of his own legislative agenda, Meyers played a clip of Trump speaking with Fox News about tax reform.

“Oh my god, what are you talking about?” Meyers asked.

“He talks like he’s trying to stall a security guard while his friends steal the opposing school’s mascot,” he added.

Turning to Trump’s weekend tweet about the widow of fallen soldier Sgt. La David Johnson, Meyers said, “Look, just stop. Stop tweeting, stop responding, do what a normal, decent human being would do: apologize and then be quiet.”