Justice Ruth Bader Ginsburg has no intention of leaving: 'As long as I can do the job full steam, I will do it' 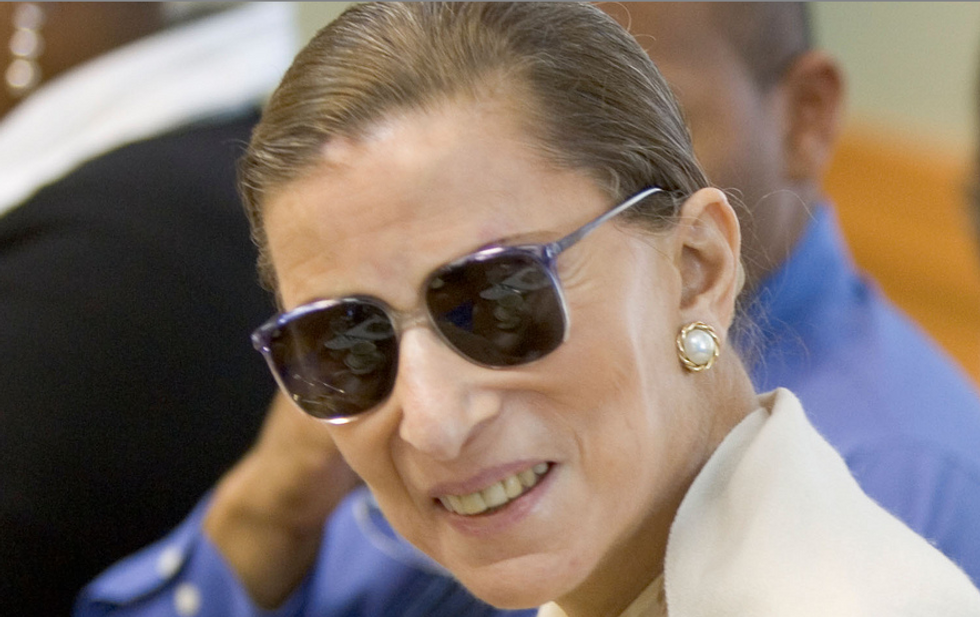 While delivering remarks on social justice to a crowd hosted by Equal Justice Works, Supreme Court Justice Ruth Bader Ginsburg warned President Donald Trump she has no intention of leaving the bench.

Ginsburg was set to discuss public interest law, but during the question and answer segment, she clarified her future intentions.

Earlier in October, Trump privately told advisors he thought that he would likely appoint as many as four justices, Axios reported. He specifically cited Ginsburg and Justice Sonya Sotomayor. Trump also believes rumors that Justice Anthony Kennedy will retire.

"Ginsburg," Trump reportedly told a source. "What does she weigh? 60 pounds?"

"Who's the fourth?" the source asked the president.

Watch the full video continuing below: