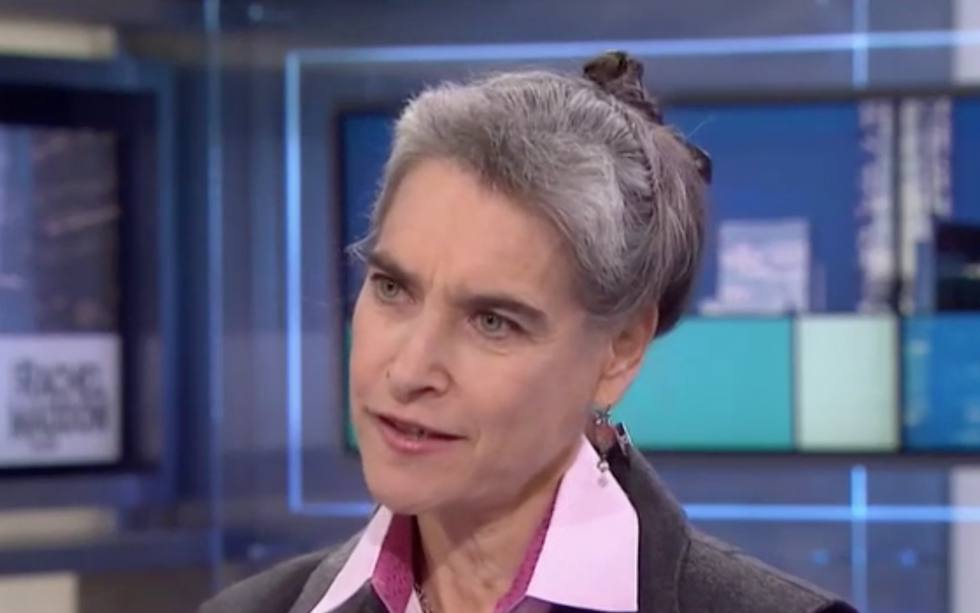 On Friday night, MSNBC's Rachel Maddow invited former NPR reporter, Sarah Chayes, who has long left journalism to help the war-torn areas she was covering, onto her show. Chayes worked to open a factory in Afghanistan and rebuild towns torn apart by war. In the process, she's become the world's leading expert on corruption -- "she literally wrote the book on it," Maddow noted.

Maddow explained that this week, Chayes filed a legal brief on behalf of the ethics watchdog group CREW alleging Trump violates the Emoluments Clause "by allowing his businesses to accept payments from foreign governments while he still owns and benefits from those businesses."

These "numerous violations of the Emoluments Clause," Chayes' brief states, "erode and sully the fundament principles upon which our country is founded, and expose this nation to grave threats."

Introducing Chayes, Maddow said she was "unnerved" by the corruption expert's work on "kleptocracies" becoming relevant to American politics.

"It's been a kind of slow-motion nightmare to watch sort of the place that we've been seeing since January 20th because I almost feel like I know which one is coming next," Chayes said. "It's like it's so familiar."

Watch Chayes list the jarring comparisons between "kleptocracies" like Honduras and the United Arab Emirates to Trump's America below, via MSNBC.