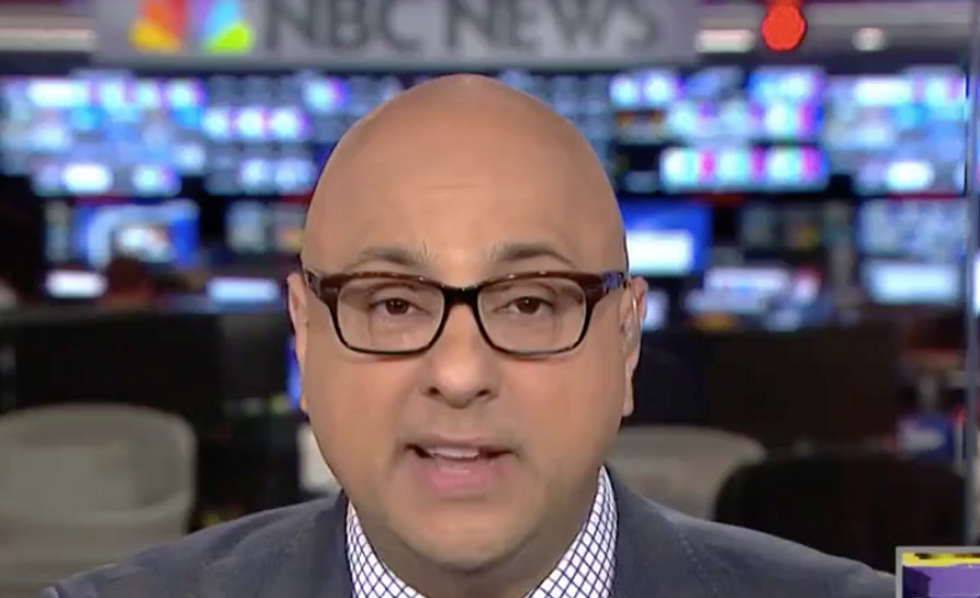 MSNBC's Ali Velshi took President Donald Trump to the woodshed for comments the president made in a Fox News interview with Sean Hannity.

Trump claimed that gains in the stock market during his first nine months in office have erased the federal deficit left behind by the Obama administration.

"That is an erroneous claim by the president of the United States," he continued. "For fact's sake, increases in the stock market have absolutely no connection to the debt."

Velshi -- a veteran financial and consumer affairs reporter -- explained that the only way to reduce debt is to raise taxes, to have strong economic growth or to reduce spending.

"That's it," he said. "Those are the only ways. It's got nothing to do with the stock market."

The president's boasts to Hannity, Velshi said, were "just dishonest."