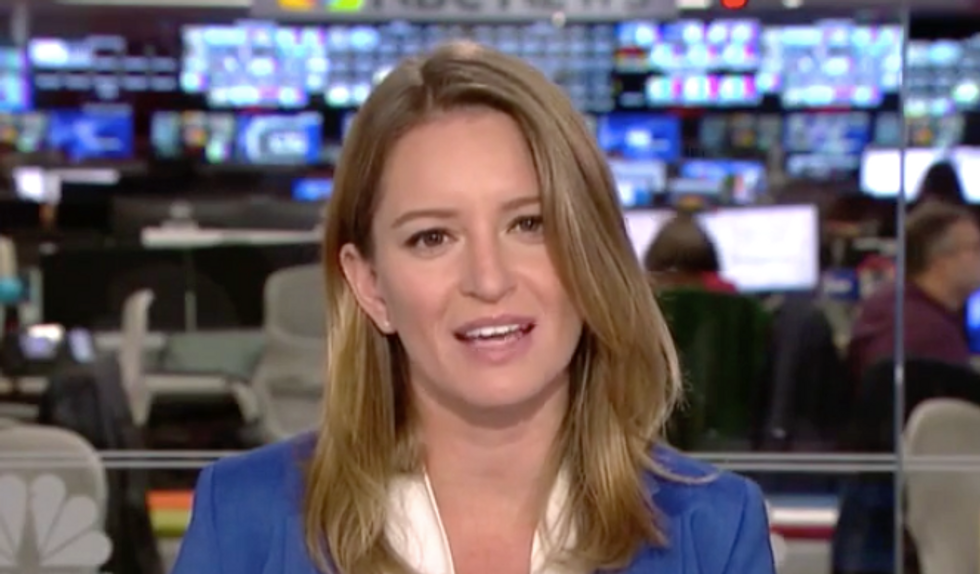 MSNBC anchor Katy Tur explained how she would flatter President Donald Trump during the 2016 campaign to be able to ask important follow up questions. Tur was the NBC News reporter embedded with the Trump campaign, an experience she recounted in her book Unbelievable: My Front-Row Seat to the Craziest Campaign in American History.

"What was the deal with Lindsey Graham's -- I guess, statement released afterwards fawning over the president -- saying he was a great golfer and that he beat him on the golf course even more handily than he beat him in the presidential campaign? What is going on with that?" Tur asked Haake.

@realDonaldTrump How bad did he beat me? I did better in the presidential race than today on the golf course! Great fun. Great host.
— Lindsey Graham (@Lindsey Graham) 1507583475.0

"Graham brought that up again in his remarks this morning here in Charleston, he was receiving an award and went out of his way to say the president had beaten him at this," Haake replied. "Graham has been pretty open with the idea here that he needs to get along with this president and find ways in which they can agree."

"Does that mean complimenting him overtly about his golf skills?" Tur followed-up.

"He wouldn't be the first or potentially the last," Haake replied. "There is a long list of folks who have tried to use flattery as a way to remain on this president's good side."

"There might be tactical use to that kind of overt friendliness about the president's golf game," Haake explained.

At this point, Tur explained how she would successfully interview Trump during the campaign, despite his famous contempt for Tur's reporting.

"When the president wasn't happy with my reporting during the campaign and I wanted to get him to comment on something in a gaggle or after a debate, I would often toss out one of the polls that he was doing well in in order to get him to turn towards me and to let me ask my second followup question," Tur explained.

Watch MSNBC discuss the utility of ingratiating oneself to the Commander in Chief through sycophantic adulation: