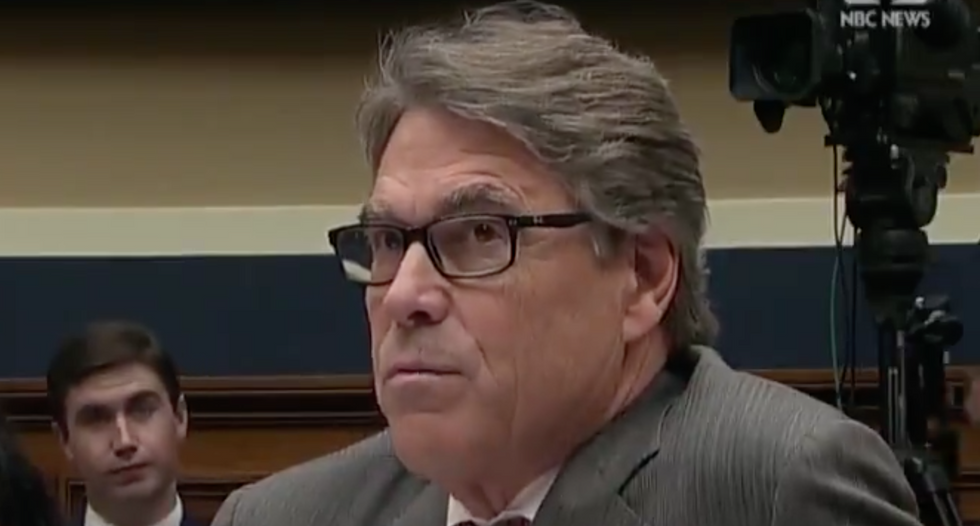 In the wake of President Donald Trump's response to the devastation in Puerto Rico that many have called "disastrous," Energy Secretary Rick Perry slipped up and called the island territory a "country."

As the Washington Post reports, Perry initially spoke correctly about the territory during a House Energy and Commerce subcommittee hearing on Thursday, only to then call it a "country."

Responding to questions from Rep. Kathy Castor (D-FL) about the island's ruined energy grid (which was the subject of derision in a tweet sent by the president), Perry uttered his now-viral "oops" moment.

"You have just pointed out the real challenge that this country faces in dealing with the territory and the citizens of Puerto Rico," Perry said, responding to the Castor's question. "That is a country that already had its challenges before this storm."

"Well, they're — it's America," Castor responded, immediately correcting the energy secretary. "They're American citizens, so it's not a country."

To his credit, Perry did walk back the mistake by saying "yeah, that's the reason I called it a territory, ma'am. I apologize for misstating here and calling it a country."

Watch the moment below, via NBC News.

"Well, it's America. They're American citizens, so it's not a country"