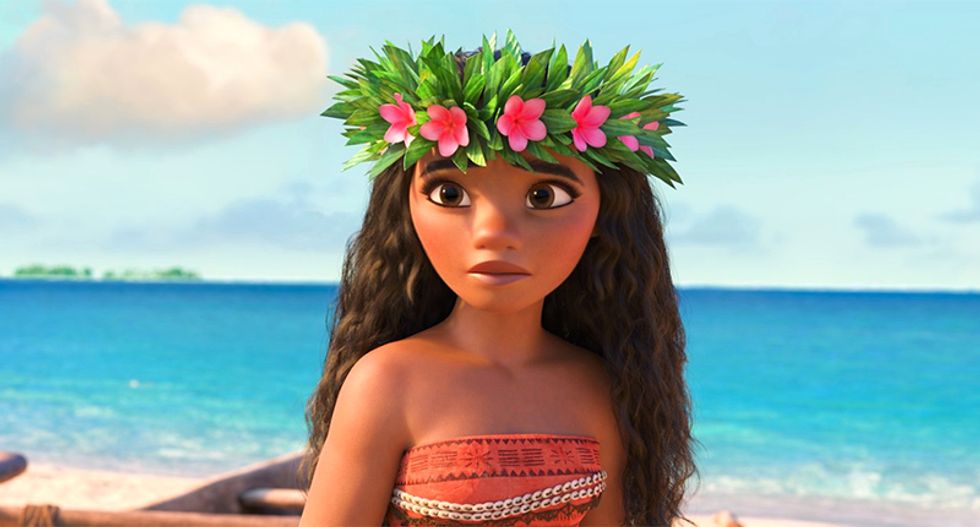 As as some little girls are begging for Disney princess costumes, some are demanding to be the Polynesian princess Moana, who fearlessly fights to save her island in an ocean adventure.

Not since Mulan, Tiana and Merida has Disney had such a strong female-led hero story. But a recent Redbook editorial advises against letting small people dress up as Moana for Halloween.

Last year, Disney was blasted for its Maui costume which turned white kids brown, muscular and covered them in tattoos. They were ultimately forced to pull it. Still, parents and costume lovers are asking if it's cultural appropriation.

"At this point, you might be saying something like: 'But, I dressed up as Jasmine as a child, and I'm not a racist!,' or, 'It's just a Halloween costume, please chill the f*ck out.' But one of the best things about time is that it moves forward. You should too," wrote Redbook Editors.

The editorial argues that if a child is wearing a racist costume, the parents are basically wearing it as well. "Moana is a really special character to young girls of Polynesian descent," it explains. While, white girls have plenty of other princesses to choose from. For example, no child would think it's acceptable to don blackface and go as Tiana from "The Princess and the Frog."

Meanwhile, it can provide an excellent opportunity to talk to children about different forms of racism and white privilege, Redbook claims. It goes on to say that no one is saying it's wrong for children to love Moana, belt out her songs and watch the film over and over again. Putting on brownface, however, is a step too far.