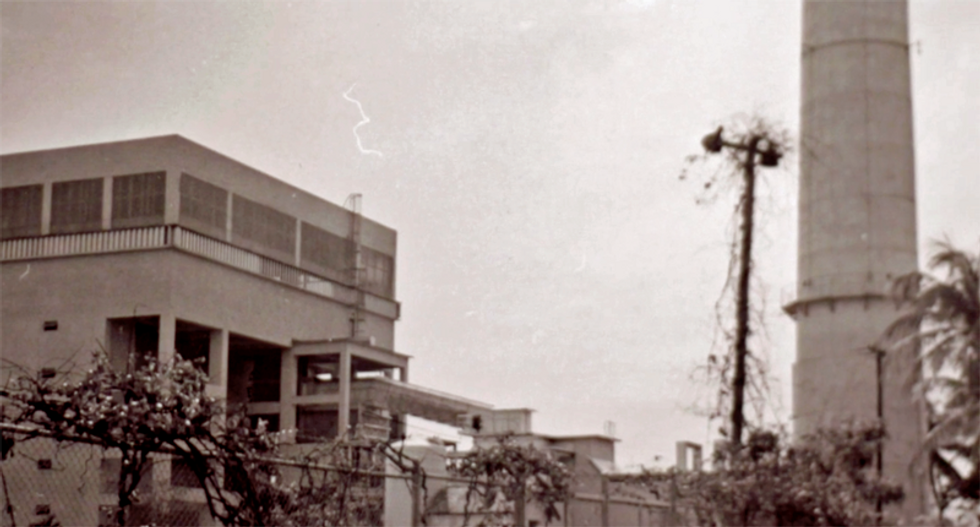 From the documentary "Old Smokey. A Community History"

Miami is under fire for decades of pollution that wreaked havoc on a segregated, black neighborhood that was the first black community on the Florida mainland. Residents are now fighting back in response to government ignoring their health concerns.

Coconut Grove -- known as "Colored Grove" prior to desegregation -- was the site of Miami's "Old Smokey" trash incinerator from 1925 to 1970, the Miami New Times reported, in the latest update of their longstanding investigation of the toxic site.

The smoke was so thick that it interfered with airplanes into Miami International Airport in 1960s.

In September, local government officials claimed that toxic "fly ash" from "Old Smokey" does not pose a health threat, but that toxic "bottom ash" that was trucked and dumped does pose a threat. Armbrister Park, Blanche Park, Billy Rolle Domino Park and Merrie Christmas Park were all built atop sites where the toxic ash was dumped.

Miami has claimed they first discovered contamination in 2011. When the county was notified, it ordered Miami to complete an assessment of the extent of contamination and risk to residents, The Miami Herald explained in September.

Miami was given 60 days to report to Dade County on the contamination. The city missed the deadline. Then Miami missed a second deadline.

Residents have grown frustrated by years of delay from the city and have now filed a lawsuit.

"Plaintiffs have been exposed to greater than normal background levels of various toxic chemicals including but not limited to arsenic, lead, and dioxins in addition to other toxic contaminants," the lawsuit reads, as reported by the New Times.

Of particular focus are students who attended George Washington Carver school under the shadow of the "Old Smokey" incinerator. From 1899 until 1966, Carver was a segregated, black-only school.

In fact, as the New Times explained, the incinerator was only shut down due to desegregation of the school. In 1970, a white retired attorney convinced Judge Raymond Nathan to visit the school to see the effects of the incinerator on the students, who included the son of the white, retired lawyer. Judge Nathan ordered the incinerator to shut down within 24 hours.

The city of Miami then largely forgot about the pollution that "Old Smokey" created over 45 years of incinerating trash.

Now, citizens are fighting back and have some powerful institutional allies to help make their case.

The law school at the University of Miami has an Environmental Justice Project that now has four fellows involved, The Miami Herald noted. And UM's medical school is also involved, working to establish a disease registry to track the cancer cluster and other health issues.

Old Smokey. A Community History from Javier Carrion on Vimeo.