Richard Spencer's supporters outnumbered '50-to-1' by protesters, press and police at Florida rally 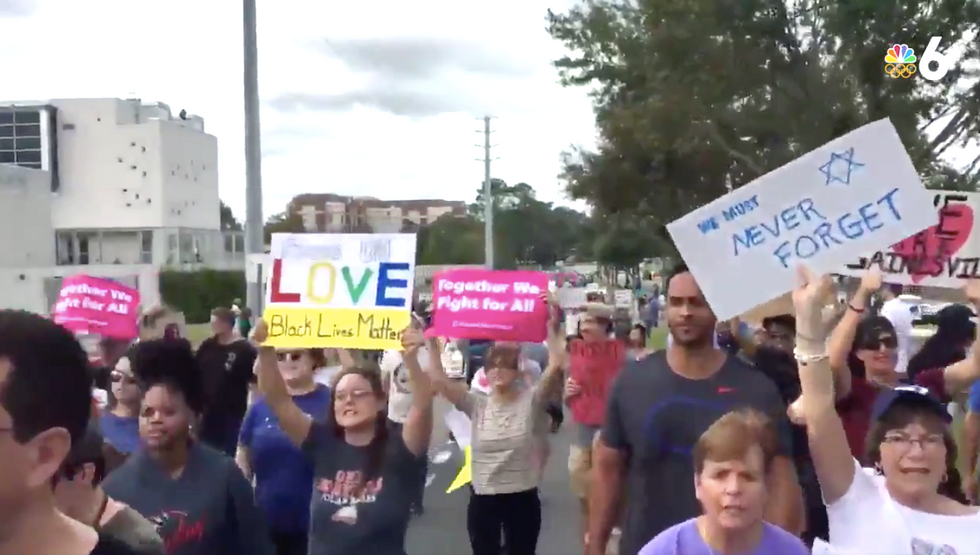 White nationalist Richard Spencer's speaking engagement at the University of Florida appears to be fizzling as only a couple dozen supporters were met by thousands of protesters chanting, "Not in our town. Not in our state. We don't want your Nazi hate."

Meanwhile, inside the venue, only a handful of supporters were on hand.

As the speech time came closer, more people trickled in and Depeche Mode was playing over the Phillips Center sound system, in spite of the fact that the band has taken pains to urgently distance itself from Spencer and the "alt-right."

Raw Story will provide updates about this event as it develops.