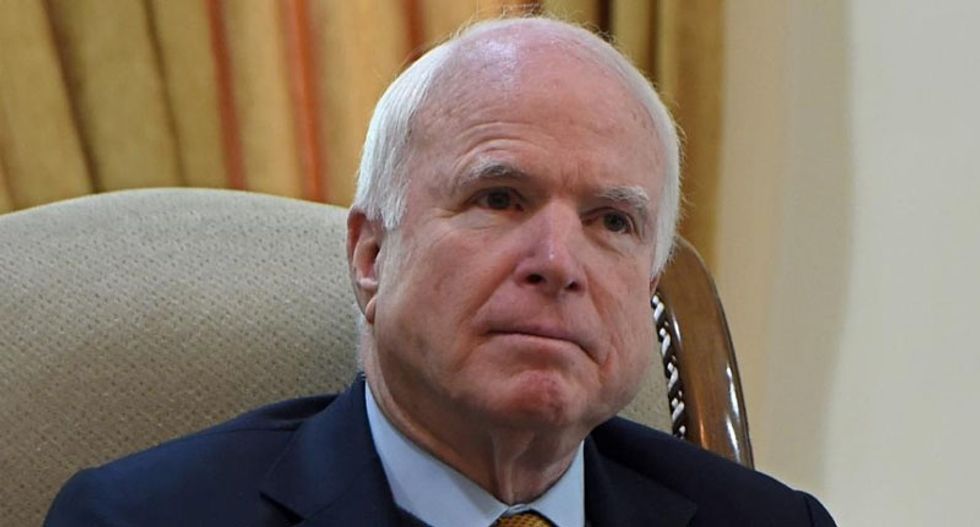 Senator John McCain suggested on Thursday that a powerful congressional committee he controls may consider issuing a subpoena in order to make the White House's top cyber security official testify.

White House cyber security coordinator Rob Joyce did not appear before the Senate Armed Services on Thursday to discuss cyber threats facing the United States. His vacant seat drew frustration from lawmakers in both parties.

Senator Bill Nelson, a Democrat on the panel, urged McCain to consider a subpoena to compel Joyce to appear.

"I think that needs to be discussed in committee," McCain said.

A spokesman for Joyce did not immediately respond when asked why Joyce had missed the hearing.