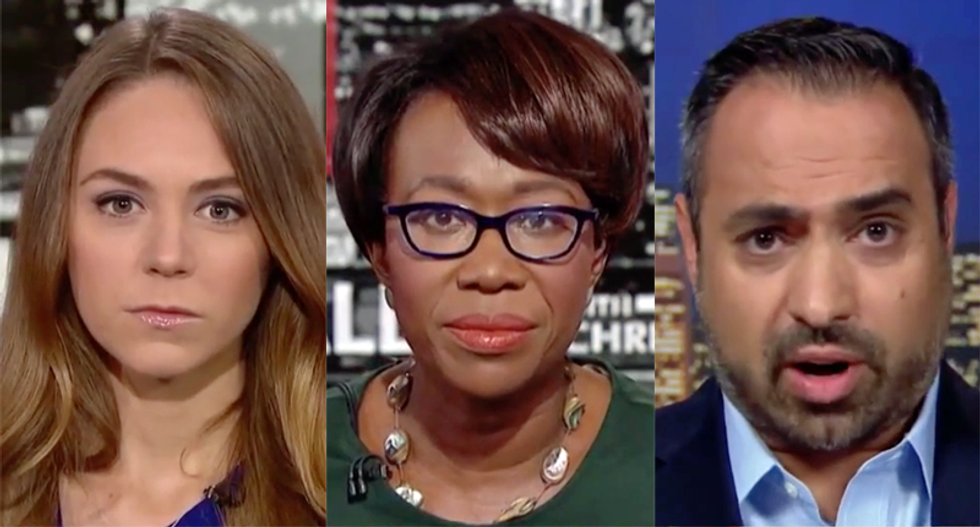 MSNBC anchor Joy Reid investigated whether the latest revelations involving Cambridge Analytica and Wikileaks may be related to Republicans 'hysteria' to find a Russia-related story that tarnishes Democrats.

"Do you think these two things are connected?" Reid asked Naveed Jamili, a former FBI double-agent who wrote the book How to Catch a Russian Spy.

"I think they are," Jamili replied. "You're absolutely right, there's something big coming."

"I think that these people are worried and the best they can do is do a preemptive attack on whatever it is that's coming," Jamili explained. "The fact that these things are coming out now, when there's no reason to rebut anything, is for lack of a better word, just 'curious.' I think it's exactly what you're leading towards, which is there is something coming, they know about this, and they're preemptively trying to distract the American public from something fairly big that's coming down the pike."

"I was also thinking that the Trump administration kind of blew past this Oct. 1 deadline to implement the sanctions on Russia, so perhaps it's not so much something that they're looking to preempt that's happening in the future, but something that they're trying to distract from that they didn't do already," suggested Business Insider correspondent Natasha Bertrand.

"That's a good point," Reid noted. "Because you do have an administration, that despite its sort of desperation to distance itself from the Russia investigation, it's been ostentatiously doing things like not implementing the Russia sanctions."

"At the end of the day they're distracting us, throwing flares to try to take away from the fact that there was something significant that happened, it needs to be fixed, and there are most likely Americans who in some part aided the Russians in that activity," Jamili concluded.