Suspect in Maryland shooting that killed 3 arrested in Delaware 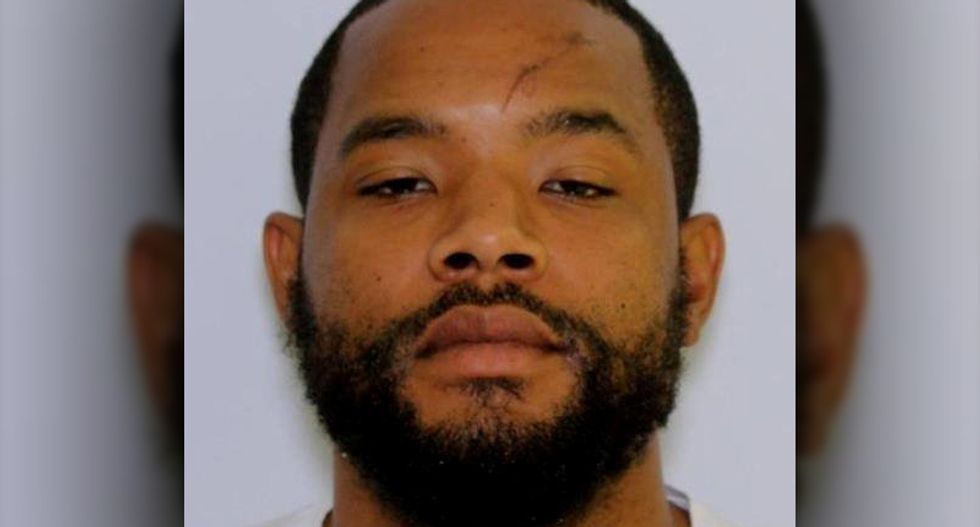 Radee Labeeb Prince, a suspect in the shooting deaths of three co-workers and critically injuring two others at a kitchen countertop company in Edgewood, Maryland, U.S., is shown in this handout photo provided by the Wilmington Police Department October 18, 2017. Wilmington Police Dept/Handout via REUTERS

An employee of a Maryland kitchen countertop company suspected of fatally shooting three co-workers and critically wounding two others on Wednesday was arrested in neighboring Delaware, a Maryland county sheriff said.

The suspected gunman, Radee Prince, 37, was apprehended by U.S. agents and others, the Harford County Sheriff's Office said on Twitter, without providing further details. Prince was also being sought for a shooting in Delaware that took place after the Maryland shooting.

Three people died at the company's premises in a business park northeast of Baltimore. Two people were taken to a hospital, one of whom had come out of surgery, he said.

Gahler called the shooting a "targeted attack." Asked about the gunman's possible motive, he said: "We believe he's tied into a relationship here at work."

Prince had worked for Advanced Granite Solutions for the past four months and had been scheduled to work on Wednesday, the sheriff said. The suspect fled in a black GMC Acadia with Delaware license plates.

northeast of Edgewood, said Prince was also being sought for a shooting there at 10:46 a.m. that injured a man.

Wilmington police spokeswoman Stephanie Castellani said the victim identified the shooter as Prince, who fled in the same vehicle. Prince had been arrested 42 times in Delaware and had 15 felony convictions, she said.

"He is a dangerous individual," said Castellani, adding that the motive was not yet known but that Prince was associated with all six victims. "We do not know if there is a beef going on between the victims and the suspect."

(Reporting by Ian Simpson in Washington; Additional reporting by Chris Kenning in Chicago and Jon Herskovitz in Austin, Texas; Editing by Lisa Shumaker and Peter Cooney)