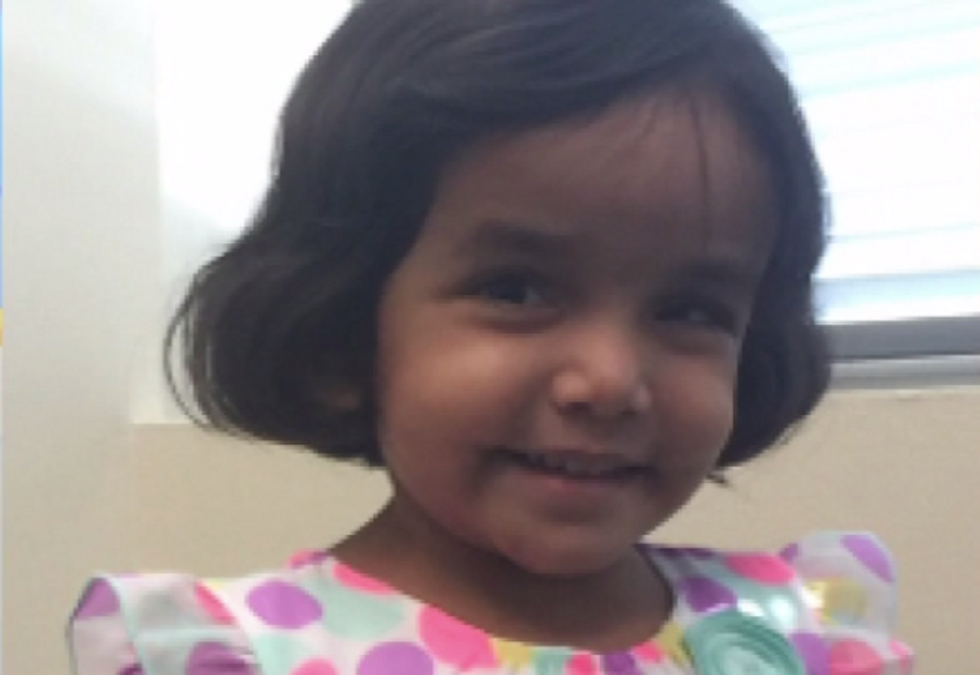 Officials announced on Sunday that they have recovered what they believe to be the remains of a 3-year-old Richardson, TX girl whose father locked her outside of the house at night as punishment.

ABC Channel 13 said that police found a child's body on Sunday that they believe to be Sherin Mathews, whose father left her outside in a coyote-infested alley to punish the girl for not drinking her milk.

The girl has been missing since a night two weeks ago when her father Wesley Mathews took her outside at around 3 a.m. and ordered her to stand next to a tree until he returned.

The father said that he came back "15 minutes later" and the girl was gone.

Richardson Police said that they have not made a positive identification yet, but said that a toddler child's body was retrieved from a culvert near the Mathews home which officers believe to be what remains of Sherin.

A cause of death has not been determined, police said.