'There is no magical growth fairy': Dem senator tears into Trump's tax cuts based on 'unicorns' and 'rainbows' 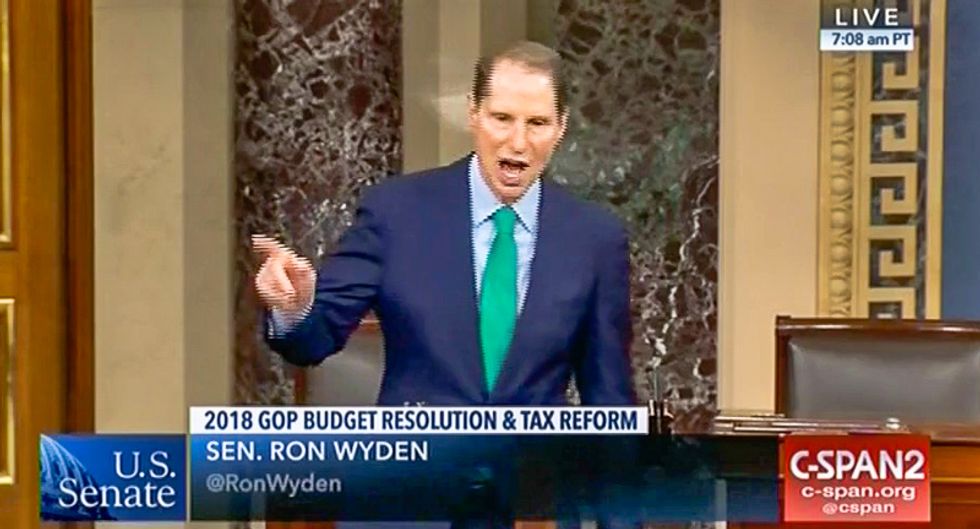 "It certainly isn't a tax recipe focused on the middle class," Wyden explained in a speech on the Senate floor. "The treasury secretary doubled down on the failed experiment that tax cuts pay for themselves. Forget the history that says that isn't true. The Trump treasury secretary said that the tax cuts won't just pay for themselves, they'll raise an additional trillion dollars in revenue on top of their own costs."

Wyden noted that Republican economists have admitted to the finance committee that tax cuts do not pay for themselves.

According to Wyden, Mnuchin is guilty of telling other "whoppers" to sell Trump's tax plan.