'This is the Trump era': Trump fan tells lesbians that the 2016 election means they should stop being gay 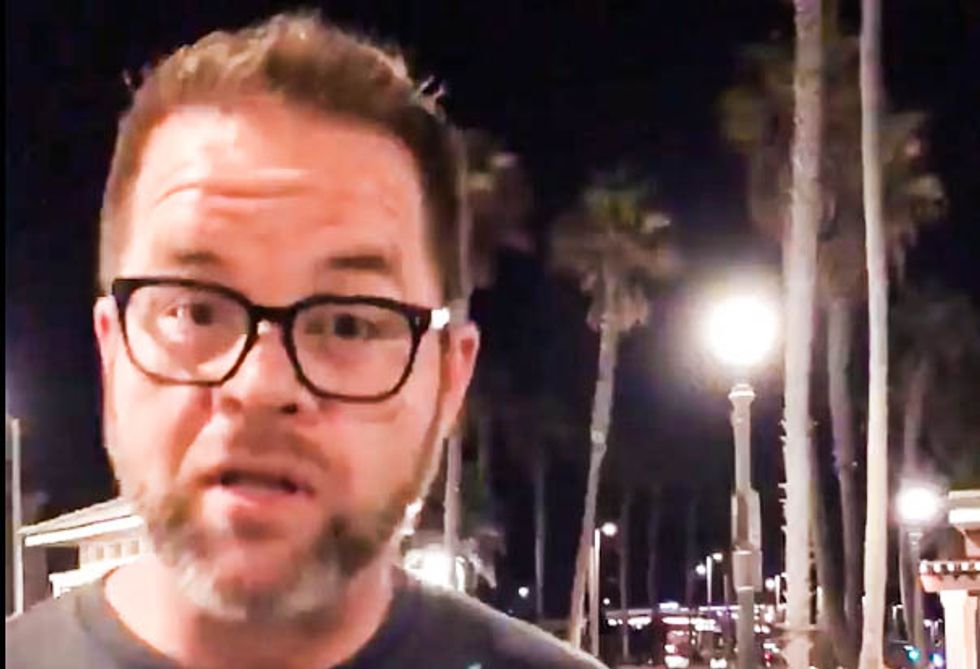 A Trump supporter was caught on camera harassing two young gay women -- and he used President Donald Trump's election last year to justify his insistence that they should stop being gay.

Via Pink News, couple Jessica Lundquist and Tiffany Steinberg were minding their own business and holding hands when a man approached them and informed them that they were going to hell.

In addition to damning them to an eternity of torment, the man also informed them that their relationship was "abnormal," while also claiming that the couple had obvious "issues with men."

When Steinberg objected and said that most people didn't share his homophobic views anymore, the man pointed to Trump's election to prove that she was wrong.

"This is the Trump era and you’re going to see a whole lot of things changing," he insisted.

Steinberg then turned to the camera and directly addressed her viewers.

"Oh my God you guys, this guy needs serious help," she said.

"You didn't think [Trump] was going to win!" the man yelled at them as they tried to walk away.