Trump regularly mocks Pence's religion -- and even joked he wanted to 'hang' all LGBT people: report 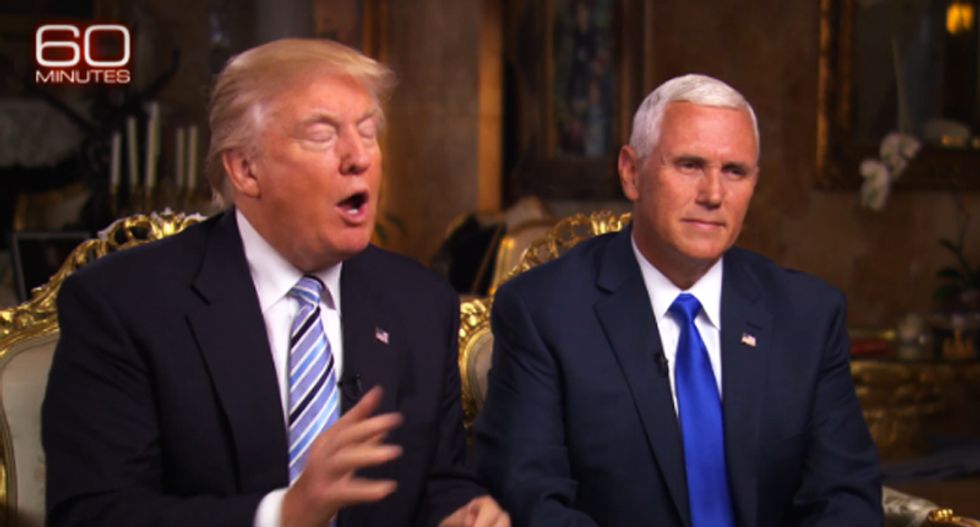 According to Mayer's sources, Trump enjoys ribbing Pence for his right-wing Christian views by portraying him as a Taliban-style fundamentalist who wants to execute all LGBT people.

During a recent conversation on gay rights, for instance, Trump allegedly pointed at Pence and said, "Don’t ask that guy—he wants to hang them all!"

Additionally, Trump likes to ridicule Pence's commitment to overturning Roe V. Wade by noting that many blue states would simply vote to legalize abortion even if the Supreme Court overturned the landmark 1973 ruling that gave every woman in the United States the right to have an abortion.

"You’ve wasted all this time and energy on it, and it’s not going to end abortion anyway," Trump told Pence, according to two sources.

Mayer also reports that Trump asks people who have just come out of visiting with Pence if the vice president made them say prayers during their meeting.