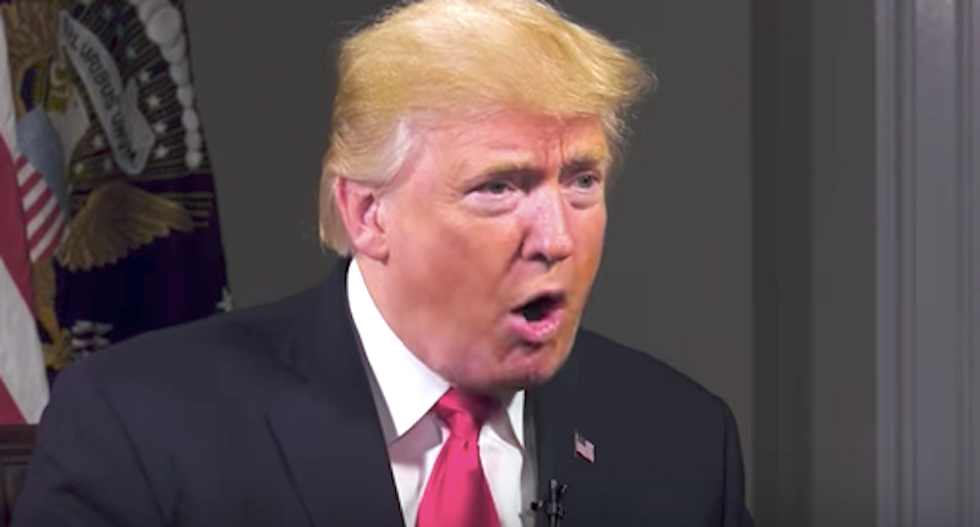 President Donald Trump appeared to threaten to abandon the U.S. territory of Puerto Rico in a time of need in an early morning Twitter rant.

First, Trump cited commentary from Sinclair Broadcasting TV host Sharyl Attkisson, who said that Puerto Rico was entering a financial crisis "largely of their own making."

Then Trump proceeded to slam the government of Puerto Rico for showing "a total lack of accountability," while then saying that Congress needed to set a limit on how much it spends on helping Puerto Rico recover from a hurricane.

...accountability say the Governor. Electric and all infrastructure was disaster before hurricanes. Congress to decide how much to spend....
— Donald J. Trump (@Donald J. Trump) 1507805933.0

He then finished by saying that America simply "cannot keep FEMA, the military, and first responders... in P.R. forever!"

At the time of Trump's tweets, FEMA is estimating that 36% of Puerto Ricans lack access to drinking water, while 90% of the island lacks electricity.