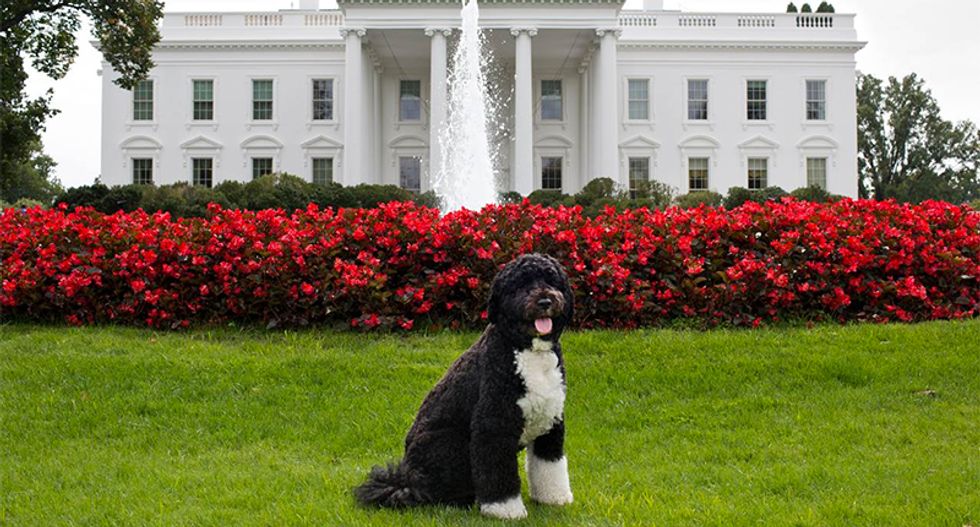 In an awkward tweet from the White House Twitter account touting their tax plan Wednesday, it appears they used a photo of the black and white portuguese water dog known as Bo Obama.

"A streamlined tax code saves Americans time & money. The Unified Framework for Tax Reform promises to simplify. More," the now deleted tweet said before a link to the plan. The photo used on the link was the photo of the dog, who belongs to the previous First Family.

"'Hi. I’m Bo the Dog. I think tax cuts for the top 1 [percent] would be ruff on the middle class. Your tax plan is shih-tzu.' Be here all week," quipped Cody Keenan, former speechwriter for President Barack Obama's administration.

Bo's official photo was taken by the White House photographer in 2012.