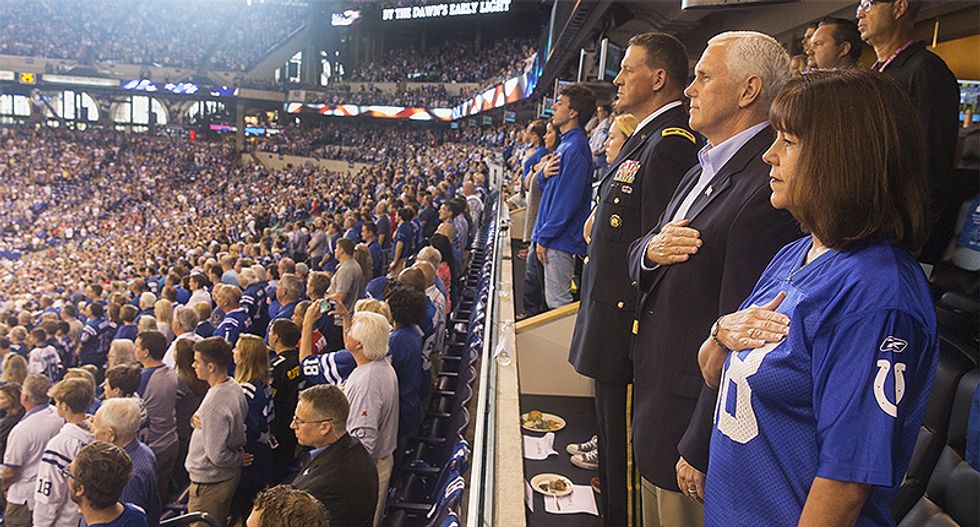 "Yesterday members of the San Francisco 49ers took a knee during our National Anthem," a fundraising email sent out on Monday reads. "Their stunt showed the world that they don't believe our flag is worth standing for. But your Vice President REFUSED to dignify their disrespect for our anthem, our flag, and the many brave soldiers who have died for their freedoms."

According to the email, Trump is offering "I STAND FOR THE FLAG" stickers to contributors who donate $5 or more.

Trump on Sunday tweeted that he directed Pence to leave the stadium if players kneel.

I asked @VP Pence to leave stadium if any players kneeled, disrespecting our country. I am proud of him and @SecondLady Karen.
— Donald J. Trump (@Donald J. Trump) 1507486576.0