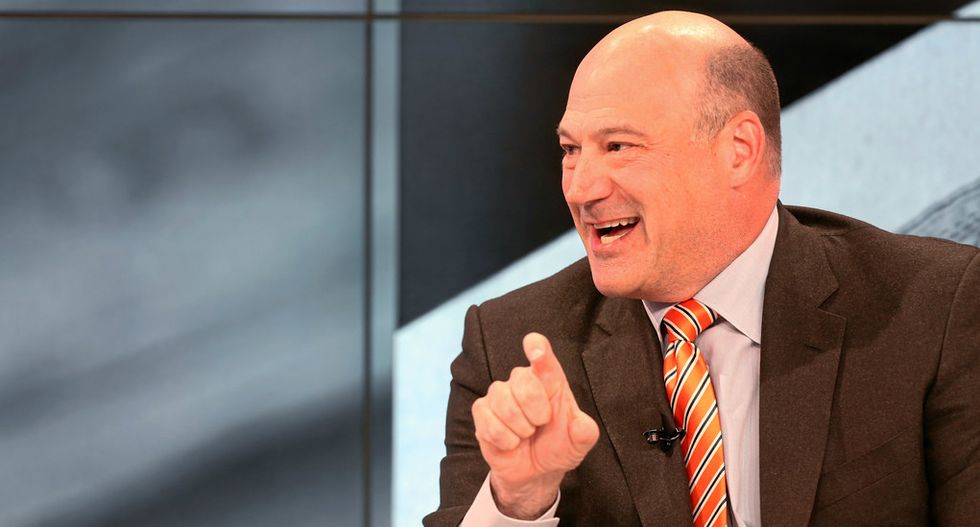 Last week, while President Donald Trump was busy facing criticism for his increasingly languid response to the hurricane that ravaged Puerto Rico, his top economic adviser quietly confirmed that it's "fine" for corporate executives to use "tax repatriation holidays" to enrich themselves.

Tax repatriation was first introduced during George W. Bush's administration to encourage companies who keep their money offshore to bring it back to the U.S. at a reduced tax rate. As the logic goes, doing so will lead to them hiring more workers, but according to The Intercept, the last tax repatriation holiday saw companies that "reduced their total employment of U.S. workers over the period of the policy."

They went on to use the money saved during the holiday to buy back stocks, "a way to enrich insiders and executives."

During his time at the White House press podium, National Economic Council Director Gary Cohn expressed an acceptance of the practice when asked about the Trump administration's plans to instate another tax repatriation holiday.

"If that’s our worst-case scenario, that companies repatriate their money, and they use it for share buybacks and dividends, what happens? They buy back shares, they issue dividends," Cohn, a former Goldman Sachs investment banker, said.

"So look, if that happens, that’s fine," he continued. "We know that that money will get invested right back into the economy, and drive jobs, drive economic growth, drive wages, and drive prosperity."

Watch Cohn's comments below, via CNN.