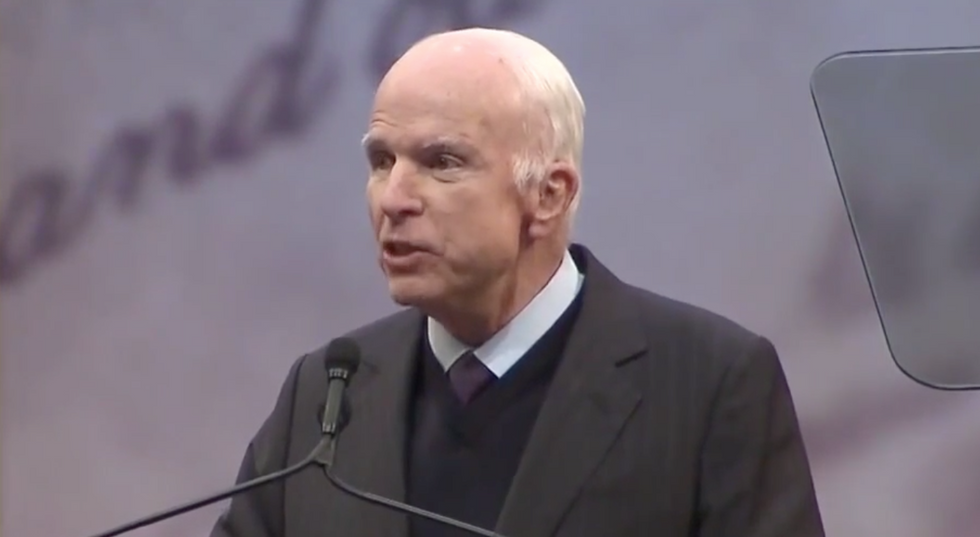 "To fear the world where we have organized and led for three-quarters of a century, to abandon the ideals we've advanced around the globe, to refuse the obligations of international leadership and our duty to remain 'the last best hope of Earth' for the sake of-some half baked, spurious nationalism cooked up by people who had rather find scapegoats than solve problems is as unpatriotic as an attachment to any other tired dogma of the past that Americans have consigned to the trash heap of history," McCain said.

You can watch part of his speech below, via CNN, and read the rest of his prepared remarks via CNN's Dan Merica below.

These comments from John McCain at tonight's Liberty Medal ceremony are one long repudiation of Trump and Bannon... https://t.co/dIXTE9dfAO
— Dan Merica (@Dan Merica)1508200367.0