US congressional panels spar over 'Trump dossier' on Russia contacts 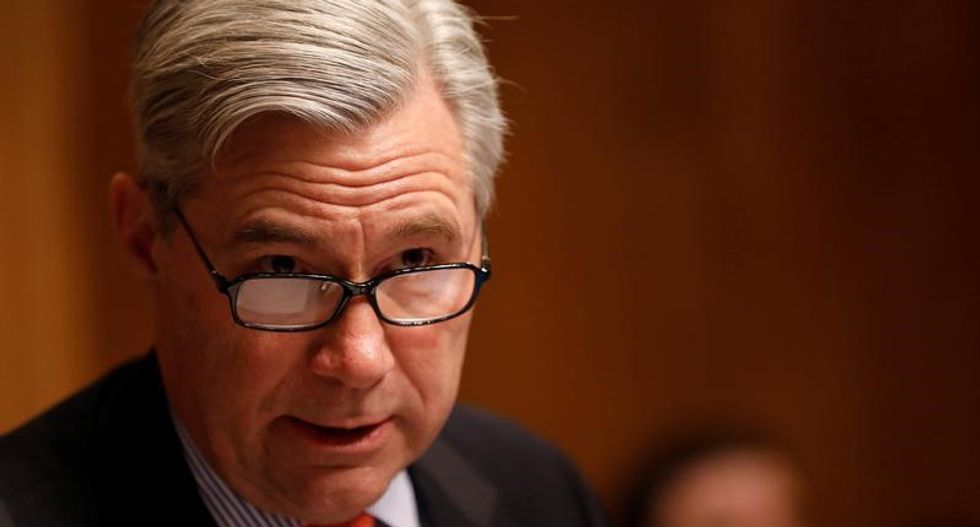 By Mark Hosenball and Jonathan Landay

WASHINGTON (Reuters) - Three congressional committees are scuffling over a former British spy's reports that are central to investigations into U.S. allegations that Russia tried to help Donald Trump's 2016 presidential campaign, people involved in the inquiries said.

The dossier assembled by former MI6 officer Christopher Steele outlined Russian financial and personal links to Trump's campaign and associates. The Senate Intelligence Committee and special counsel Robert Mueller are looking into possible collusion between Russia and Trump's campaign and Mueller's investigators have met with Steele.

However, the Republican chairmen of the House Intelligence and Senate Judiciary committees are challenging the dossier's credibility and one has implied that Russians may have played a role in its preparation, sources familiar with the inquiries said.

The duel is not purely partisan. Senator Richard Burr, the Republican chairman of the Senate Intelligence Committee, and Mark Warner, the committee's ranking Democrat, are leading what other committee members from both parties called a serious effort to pursue the allegations dug up by Steele.

"As I understand it, a good deal of his information remains unproven, but none of it has been disproven, and considerable amounts of it have been proven," Democrat Sheldon Whitehouse, a member of the Senate Judiciary Committee, said in an interview with Reuters. He did not elaborate.

Russia has repeatedly denied any interference in last November's election won by businessman Trump, a Republican, against Democrat and former secretary of state Hillary Clinton. Trump has denied any collusion by his campaign or associates.

Senate Judiciary Committee Chairman Chuck Grassley has been the harshest public critic of Steele, suggesting that Russia might have somehow had influence with Fusion GPS, the U.S. opposition research firm that hired Steele, and that they may have broken U.S. law.

The dossier was first commissioned on behalf of Trump opponents in the Republican primary and then Democrats took it up when Trump became the presidential nominee. Steele met with FBI representatives before the election to discuss his findings.

In a March 6 letter to then-FBI Director James Comey, Grassley wrote: "The idea that the FBI and associates of the Clinton campaign would pay Mr. Steele to investigate the Republican nominee for president in the run-up to the election raises further questions about the FBI's independence from politics, as well as the Obama administration's use of law enforcement and intelligence agencies for political ends."

Whitehouse, however, said that a July 27 Judiciary Committee hearing called by Grassley was part of a Republican effort to discredit Steele by creating "confusion" and the false impression that Russia paid Steele for the dossier.

"It could not have been clearer that there is no evidence of any Russian role behind the Steele dossier," Whitehouse said.

A Judiciary Committee aide, speaking on the condition of anonymity, said: "The American people need to be able to trust that the FBI and Justice Department are operating free from political influence. That's what this investigation is about, and we will follow the facts wherever they lead."

Despite recusing himself in April from the House Intelligence Committee investigation, the Republican chairman, Devin Nunes, is also trying to discredit Steele's work, sources familiar with the probe said.

On Tuesday, Nunes subpoenaed the partners who run Fusion GPS, the U.S. opposition research firm that hired Steele, a source familiar with the matter said.

"This is a blatant attempt to undermine the reporting of the so-called 'dossier,' even as its core conclusion of a broad campaign by the Russian government to influence the outcome of the 2016 presidential election has been confirmed by the U.S. intelligence community and is now widely accepted as fact," Joshua Levy, counsel to Fusion GPS, said in a statement.

Committee Democrat Eric Swalwell also fired back, saying Nunes told Congress he had recused himself and that issuing the subpoenas would violate that recusal.

"It is also a way to go it alone, not work with Democrats, and it looks like he is trying to again undermine the investigation," Swalwell said.

Nunes also used his power last month to issue subpoenas to the FBI and Justice Department, FBI Director Christopher Wray and Deputy Attorney General Rod Rosenstein, demanding that they surrender their files on Steele, his dossier, and their investigations into his work.

So far, the Justice Department and FBI have not turned over the information Nunes requested because of the FBI investigation, which is supervised by special counsel Mueller.

Mueller's office declined to comment on the request or the investigation.