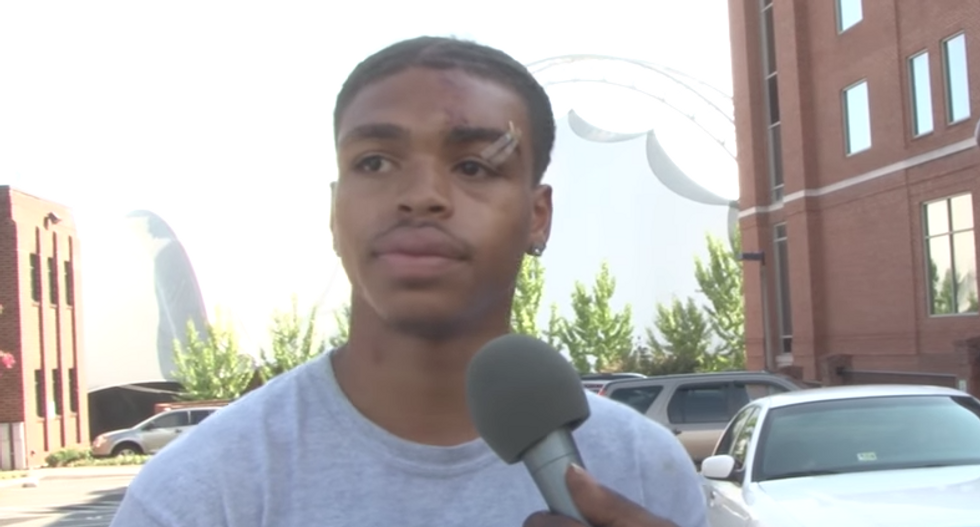 Police in Charlottesville, Virginia Monday issued a warrant for 20-year-old DeAndre Harris, a black man who was beaten at a white nationalist rally in August.

Lt. Stephen Upman said an alleged victim went to the magistrate’s office to describe the events leading up to a violent assault against Harris at the East Market Street parking garage. Video of that assault went viral in the aftermath of the violent white supremacist rally earlier this year.

According to police, Harris is wanted for unlawful wounding; he is accused of attacking one of the men who participated in his assault. Two of his attackers were charged with malicious wounding in September.

Fight broke out. Nazis beat black kid w/sticks at end. I kick one in back 2 help & he runs after me. Kid is safe but bloody #Charlottesville pic.twitter.com/kr11a8zQ0K