Virginia woman flips off Trump after chasing down motorcade on bike 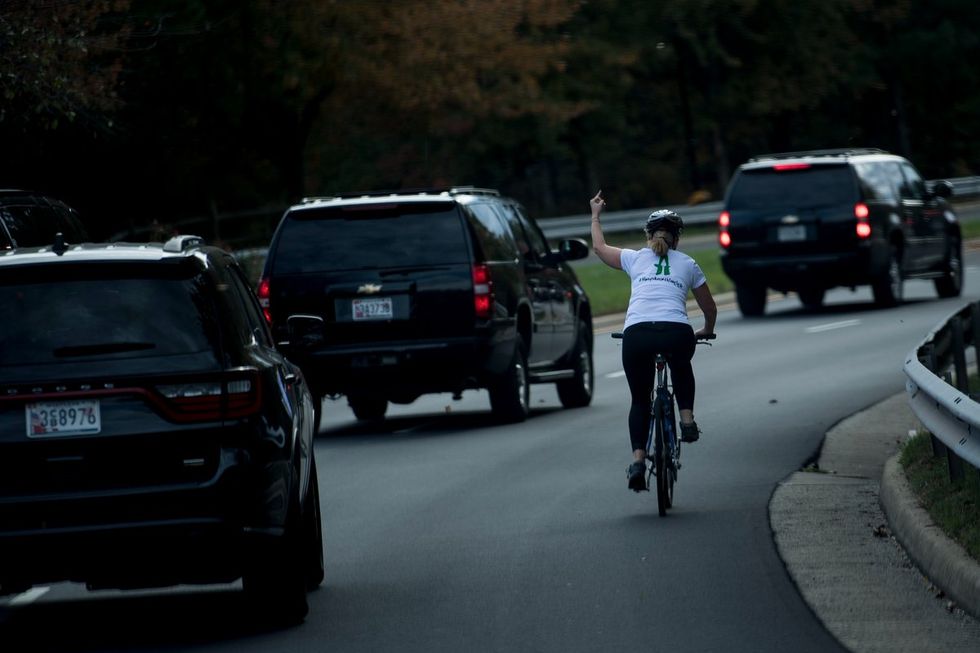 A woman on a bicycle on Saturday raced up alongside President Donald Trump's motorcade and gave the chief executive the middle finger.

The president was leaving his Trump resort in Virginia after an afternoon of golf when the woman pulled alongside the motorcade.