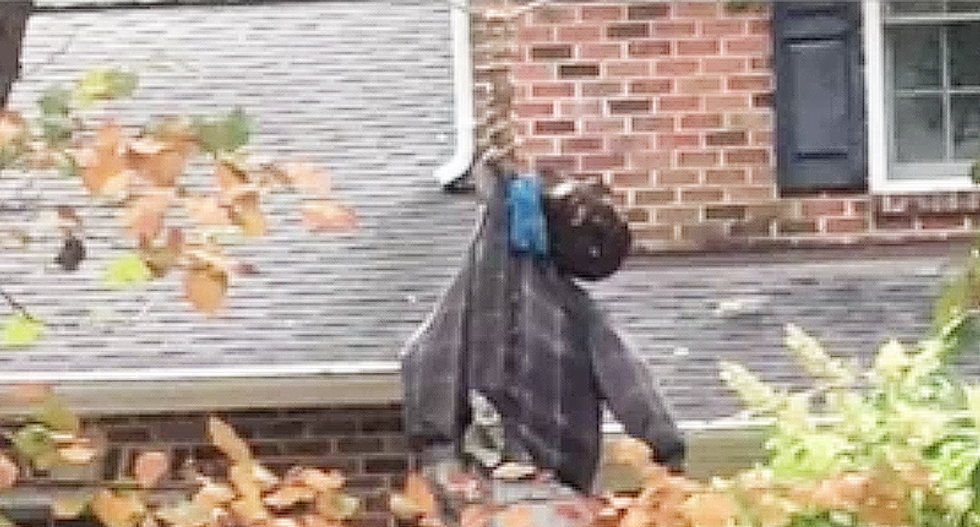 Virginia was the site of a recent white supremacist rally, and now a Halloween yard display is being accused of racism.

While the homeowners say it's nothing more than typical "gore," neighbors say the decorations are a "disturbing replica of a black man" hanging by the neck from a rope, NBC News4 reported.

"What appeared to be hanging in the trees was essentially an effigy of a black person being lynched, and I was horrified," said Jamie Stevenson, who lives nearby.

She just moved into the neighborhood in March, so she wasn't aware if this display was typical. However, after speaking to neighbors, she learned it was an annual occurrence.

"As your neighbor and a person of color, I find this racist. I find this deeply offensive," she wrote via email to her neighbors. "Would it be possible for you to remove this racially loaded effigy from your display for the good of the neighborhood?"

The neighbor responded that it wasn't intended to offend anyone and that the "gore" is typical for them each year. "The kids seem to love it."

"I never realized the Monster in the tree had darker skin. If you see it up close it is indeed a Monster with a blood clawed head and face," the email also said.

The figure was eventually removed but the homeowners declined to speak on camera. They did say that their decorations attract many visitors. They did admit that others in the neighborhood have complained about the hanged "monster."

News4 confirmed that the face of the figure does appear to be a simple monster mask, it just appears to be a darker skinned one. The homeowners were saddened their neighbors accused them of racism.

"When someone tells you something is racist, the best thing to do is acknowledge it, apologize, change your behavior," Stevenson said.

Other neighbors defended the display, though they declined to speak on camera. The whole thing has been blown out of proportion, according to them.

You can watch the full News4 report below: