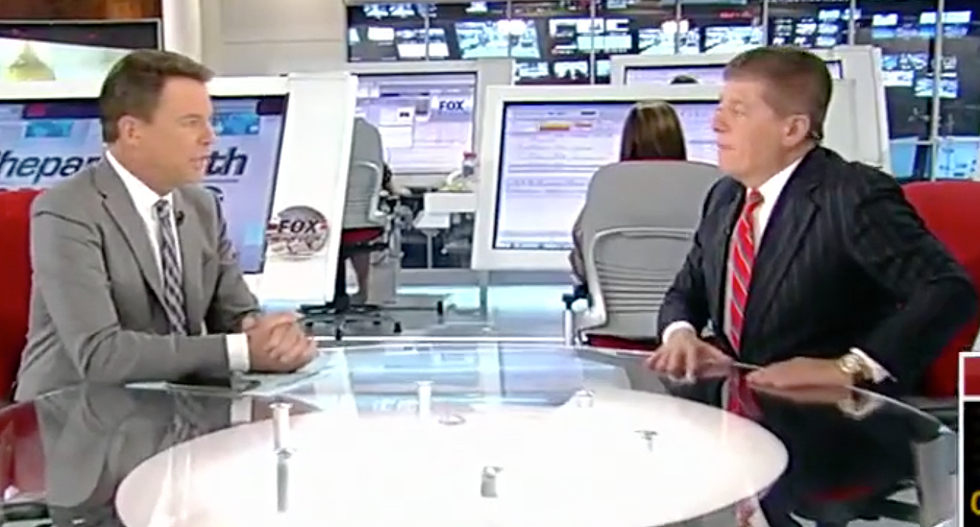 Fusion GPS, the firm behind the infamous Trump-Russia dossier that claimed to provide evidence of collusion between his campaign and the Kremlin (and came complete with a number of salacious allegations against the president), told Nunes the company would refuse to comply with subpoenas issued by the House Intelligence Committee.

“Lawyers for the unverified report that the Russians have compromising information on President Trump say their clients will not testify before the House Intelligence Committee,” Smith explained Tuesday.

“This comes after subpoenas from Devin Nunes. He said he's stepping aside, because he ended up with an investigation over his handling of classified information” Smith continued, referencing a separate ethics investigation into Nunes’ impromptu April press conference during which the committee chair alleged improper “unmasking” of Trump campaign officials by former President Barack Obama’s administration.

Napolitano explained “Congress is trying to find out who paid for it,” adding Nunes subpoenaed the firm over the dossier.

“I thought he recused himself,” Smith said of Nunes.

“Yes,” Napolitano concurred. “A: you recused yourself, and B: the chair can't issue a subpoena—only the committee can.” Napolitano explained the firm is saying they won’t “honor this false subpoena,

“This is a sideshow though right?” Smith asked.

“This a sideshow,” Napolitano agreed. “The same people that are declining to speak to the House Intelligence Committee on the theory that because they're researchers and writers they have the same protection against having to reveal their sources and methods as journalists. Which would be a very good and legitimate argument if accepted by the committee, but they are cooperating with [special counsel] Bob Mueller. They have met with FBI agents, that’s the reference and the quote you just read with that we will cooperate with legitimate investigations, not political ones.”

“That was a slap at Nunes,” Smith added. “It wasn't at the committee, it was at the chairman himself.”

“Precisely,” Napolitano said, later adding Nunes “did publicly recuse himself” but has now “jumped back in” on this one issue.

“Can you do that?” Smith asked, before answering his own question. “Well, you can do whatever you want.”

“The Republicans control Congress, so they can make whatever exception to whatever rule they want,” Napolitano agreed. “I don't know where this is going to go, but we certainly haven't heard the end of it. The dossier is, you know, over the top. The president has denied it. Everybody wants to know where it came from.”

“Parts of it—well, I don't know, it's not worth it,” Smith replied. “It’s really not. It's Tuesday. The Yankees won last night.”