WATCH: Man covered in swastikas gets punched in the face outside Richard Spencer rally 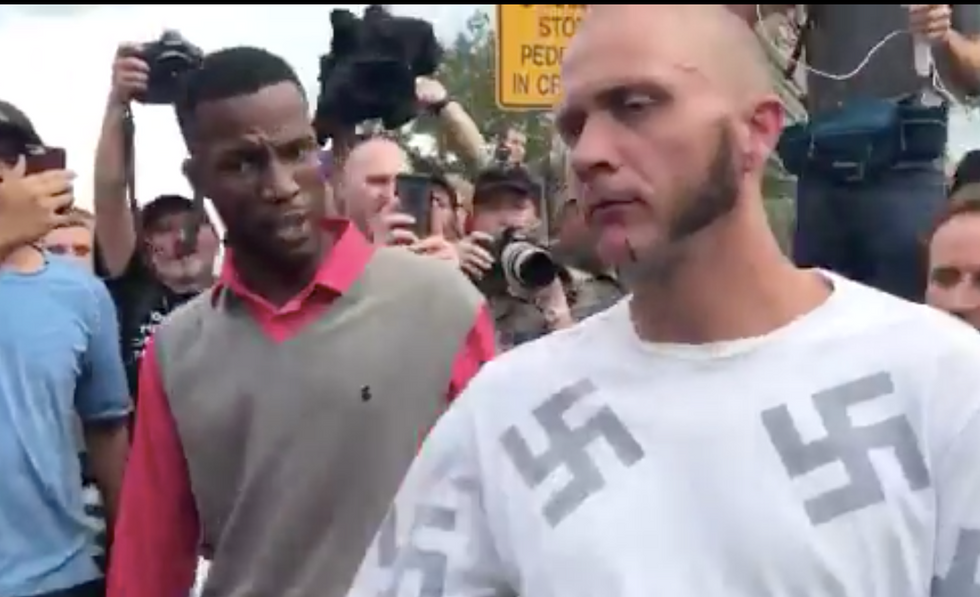 Bystanders outside Richard Spencer's speaking engagement at University of Florida in Gainesville, a man wearing skinhead gear and a T-shirt emblazoned with swastikas got set upon by a group of anti-racist demonstrators.

"Why are you here?" people demanded to know as the man walked through the crowd.

After an initial scuffle, nonviolent protesters intervened and tried to protect the man as people swore, spat and occasionally threw punches.

First scuffle. This man with swastikas on his shirt was surrounded by protestors. Some tried to talk to him, then h… https://t.co/pLyNIJgQUV
— Kathryn Varn (@Kathryn Varn)1508440930.0