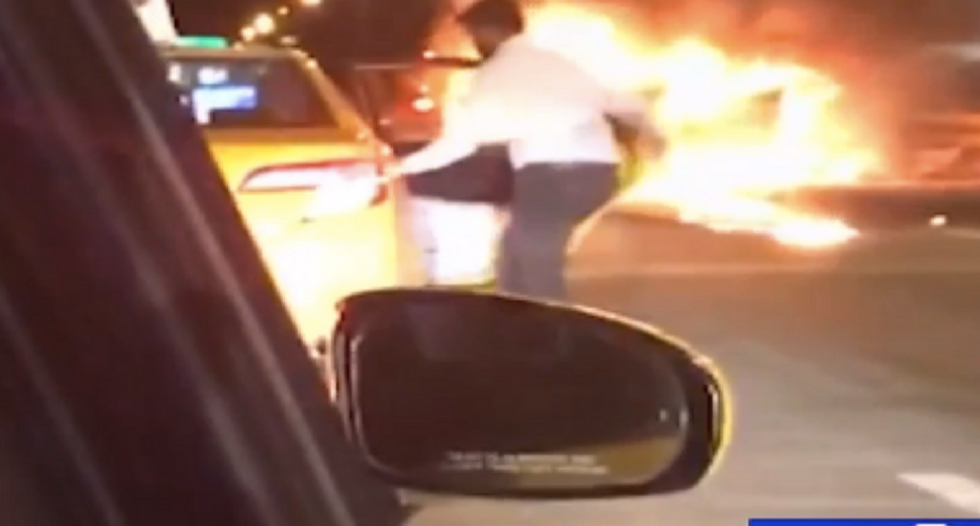 fiery crash The driver in a fiery Friday morning accident in New York City hailed a cab and fled the scene, leaving his passenger behind to burn to death in the blazing car, according to authorities. Police discovered the charred body of Harleen Grewel, 25, in the front passenger seat of the vehicle after fire fighters finally extinguished the flames.