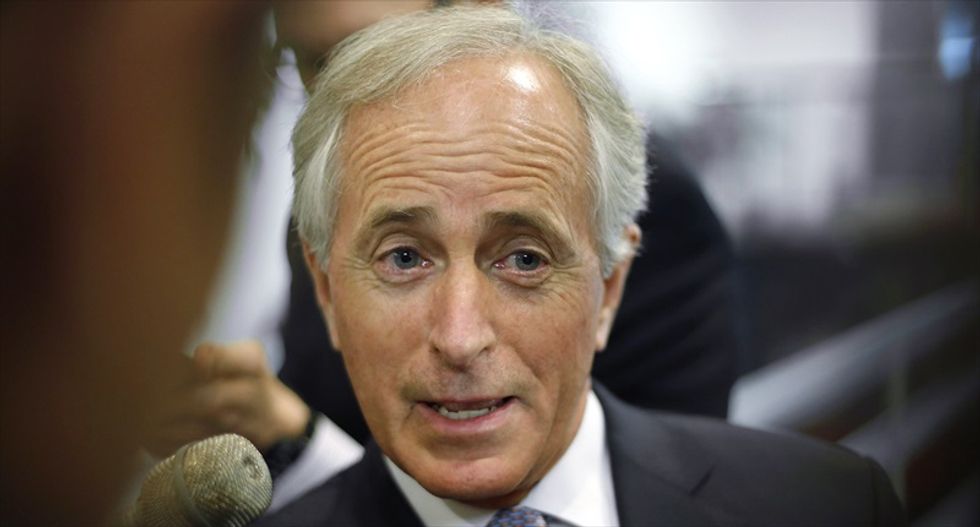 U.S. President Donald Trump aimed his Twitter account at sometime ally Senator Bob Corker on Sunday with a series of derisive posts blaming the Republican for the Iran nuclear deal and saying Corker wanted the secretary of state job.Corker, who announced his retirement from the Senate last month, responded to Trump with a sarcastic Twitter post of his own.

The senator from Tennessee had been considered by Trump for the secretary of state position in the months after Trump's Nov. 8 election win. Corker, chairman of the Senate Foreign Relations Committee, has been more critical of Trump in recent months, including over the handling of a white supremacist demonstration in Charlottesville, Virginia, in August.

"Senator Bob Corker "begged" me to endorse him for re-election in Tennessee. I said "NO" and he dropped out (said he could not win without my endorsement)," Trump wrote. "He also wanted to be Secretary of State, I said "NO THANKS." He is also largely responsible for the horrendous Iran Deal!

"Hence, I would fully expect Corker to be a negative voice and stand in the way of our great agenda. Didn't have the guts to run!"

Corker, whose retirement is a blow to the Republican Party struggling to balance divisions between mainstream and more populist wings, said in his tweet on Sunday: "It's a shame the White House has become an adult day care center. Someone obviously missed their shift this morning."

Trump has long criticized the 2015 international nuclear pact, a signature foreign policy achievement of former President Barack Obama in which Iran agreed to reduce its nuclear program in exchange for easing of sanctions.

Last week, asked about reported tensions between Trump and the person he eventually chose to be secretary of state, Rex Tillerson, Corker's response was seen as a jab at Trump.

Corker also said Tillerson was "in an incredibly frustrating place" where he "ends up not being supported in the way that I hope a secretary of state would be supported," according to media reports.

Sunday was not the first time Trump has tweeted about Corker and his apparent waffling about whether or not he should seek another Senate term.

In August, Trump said Corker was "constantly asking me whether or not he should run again in '18."

That was after the senator's remarks on Trump's response to the Charlottesville demonstration. Corker said, "The president has not yet been able to demonstrate the stability, nor some of the competence, that he needs to demonstrate in order to be successful."