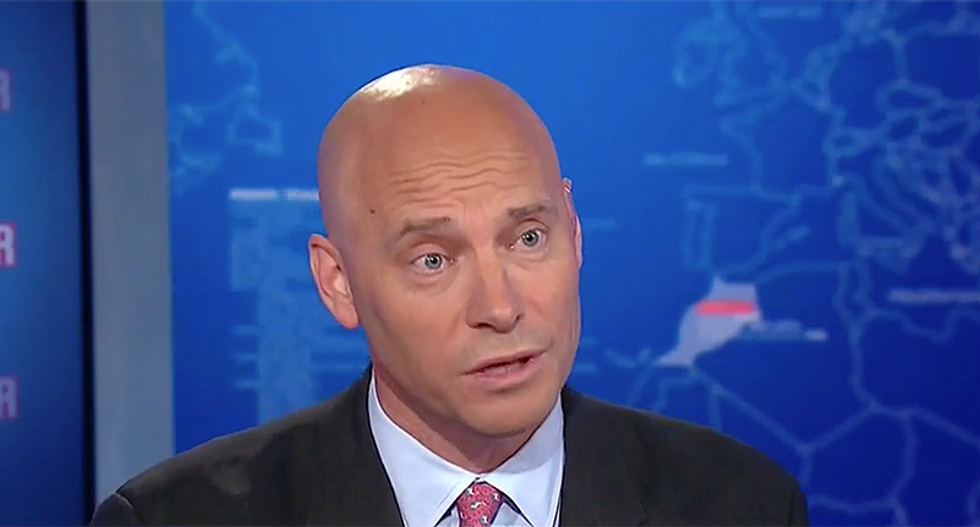 A senior White House aide said on Thursday that U.S. President Donald Trump would demand steps toward repealing Obamacare in any healthcare legislation, comments that cast doubt on the prospects for a short-term bill to shore up insurance markets.

Marc Short, the White House's top liaison to Congress, said on CNN that Obamacare's mandates and taxes would have to be rolled back and consumers be allowed to more heavily invest in health-savings accounts for Trump to sign off on any congressional deal.

"We're willing to work on this but we need to make sure that we're getting something that will actually reduce healthcare costs," Short said.

Republican Senator Lamar Alexander and Democratic Senator Patty Murray unveiled legislation to shore up the insurance markets created under the 2010 healthcare law by reviving the subsidies, which Trump has discontinued, for two years to help lower-income Americans obtain medical coverage.

The bill appeared to be gaining some momentum on Thursday after several Republican senators said they would support the measure. But Short's comments may put a damper on hopes for any sort of bipartisan agreement. Democrats have consistently opposed efforts to dismantle any and all parts of Obamacare.

Short said the administration was sending a list of the principles it would like to see in any legislation to the bill's co-authors and would likely make them public.

"The gist is we believe that the individual mandate should (be) repealed, employer mandate repealed and allow Americans to contribute to health savings accounts," he said.

Earlier on Thursday, Alexander and Murray said the deal they struck now has the support of 12 of the 52 Republicans in the 100-seat Senate, as well as 12 Democrats.

While Alexander predicted in remarks on the Senate floor that the plan "will become law in some fashion before the end of the year," Senate Majority Leader Mitch McConnell has not committed to bringing it to a vote, and House of Representatives Speaker Paul Ryan is against it.

Lobbyists and congressional aides closely following the matter said the legislation could make it onto the Senate floor tucked inside a bigger "must-pass" bill that Congress needs to act on in December, such as a broad spending measure to prevent a federal government shutdown.

Trump campaigned for the presidency last year promising to get rid of Obamacare, the signature legislative achievement of his Democratic predecessor Barack Obama. But his fellow Republicans who control Congress have failed to repeal and replace the law thanks to deep intra-party divisions.

Trump initially indicated support for the Alexander-Murray agreement but reversed himself, saying on Wednesday "I can never support bailing out" insurers.

Senator Mike Rounds, one of the bill's Republican co-sponsors, said that if Trump decides he does not support it, "then it will not go forward." When a reporter noted that Trump does oppose it, Rounds replied, "That was yesterday."

Gabelli Funds portfolio manager Jeff Jonas, who focuses on healthcare, said there was too much political uncertainty for investors to latch onto any one thing, with Trump "flip-flopping every day" and Ryan not supportive of the bill.

Without the subsidies, insurance premiums for some of the 10 million Americans who get coverage through Obamacare markets will surge. Noting that some conservative Republicans object to the subsidies, Alexander asked, "What's conservative about creating chaos so millions can't buy insurance, or at least failing to deal with the chaos that has been created?"

The bill has broad support among Democrats, but had just seven Republicans on record supporting it only a day earlier.

Republican Senators Bill Cassidy and Lindsey Graham, who co-authored a bill in September to repeal and replace Obamacare that failed to muster enough support, endorsed the bipartisan effort.

"We believe we need a package which stabilizes the market in the short term and lays the groundwork for a long-term solution" that would overhaul Obamacare, they said in a joint statement.

If passed in December, as opposed to before the Nov. 1 beginning of enrollment for 2018 Obamacare insurance policies, it would be unlikely to affect premiums for next year, meaning its benefits might not be felt until 2019. Insurers have already decided whether to participate in the Obamacare markets and set higher rates to build in the possibility that the subsidies would vanish.

Insurers say they do not profit from the subsidies, but pass them on directly to consumers to reduce deductibles, co-payments and other out-of-pocket medical expenses for low-income people.

The bill would also give more flexibility for states to offer a wider variety of health insurance plans while maintaining the requirement that sick and healthy people be charged the same rates for coverage.

Many Senate Republicans are nervous about the prospect of voting on any healthcare measure - no matter what legislation it may be attached to - that buttresses Obamacare.

Part of the fear, one senior Senate Republican aide said, is that Trump's former chief White House strategist Steve Bannon is recruiting hard-line conservative primary challengers to run against incumbent Republican senators next year. The aide said incumbents do not want to be forced to cast a controversial vote to stabilize Obamacare, a law reviled by many conservatives.

If all 46 Senate Democrats and two independents back the Alexander-Murray bill as expected, the support of the 12 Republicans means the bill has the 60 votes needed to reach the super-majority required to pass most legislation in the Senate.

Trump on Thursday underscored his concerns about the bill. He urged Alexander and Murray to be "careful with respect to the insurance companies," which he said are "extremely talented at making money."

Alexander and Murray said their legislation does not bail out insurers. Alexander said House Republicans passed an Obamacare repeal and replace bill in May that also would continue subsidy payments for two years.

Alexander said Trump has called him four times in recent days on this subject, including a Saturday night call when he was at a restaurant and "my dinner got cold." He urged the president to support the initiative.