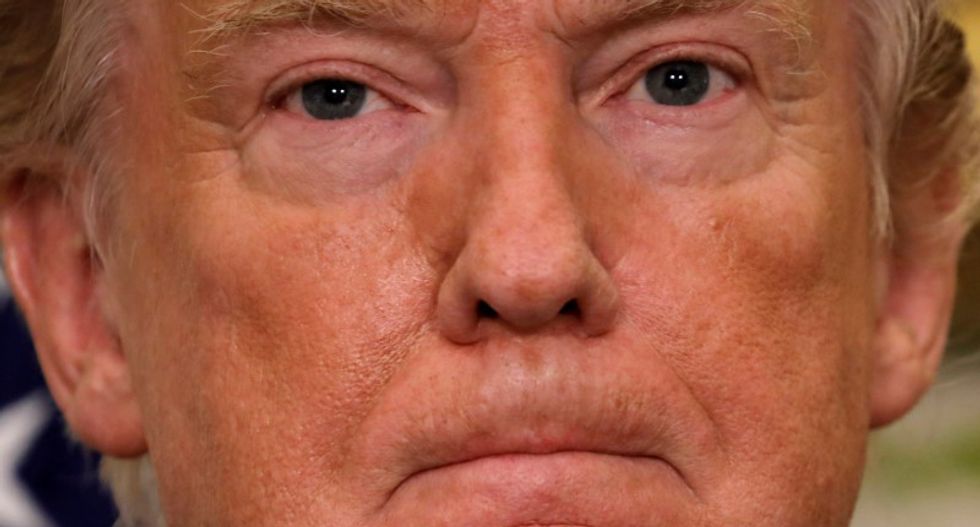 The check has been sent.

That was the message from the White House on Wednesday after the father of a slain U.S. Army sergeant said a generous offer from President Donald Trump had not materialized.

Chris Baldridge told the Washington Post that Trump offered his family $25,000 after the death of his 22-year-old son at the hands of an Afghan police officer in June. But he told the newspaper the money never arrived.

A White House spokeswoman said on Wednesday the media was advancing a "biased agenda" by following up on the Baldridge story.

"The check has been sent," White House spokeswoman Lindsay Walters said in an email. "It's disgusting that the media is taking something that should be recognized as a generous and sincere gesture, made privately by the president, and using it to advance the media's biased agenda."

The issue added to controversy over Trump's response to military families who have lost loved ones. On Monday, Trump said some of his predecessors "didn't do anything" to console relatives of fallen soldiers, drawing widespread criticism.

Trump offered no evidence to back up his claim, which was immediately shown to be false.

On Wednesday, Trump denied an account by Representative Frederica Wilson of Florida that he had told the widow of Sergeant La David T. Johnson, who was killed in a firefight in Niger, that the man knew "what he signed up for."

"I didn't say what that congresswoman said," Trump told reporters earlier in the day. "I had a very nice conversation with the woman, with the wife who ... sounded like a lovely woman," he said.

Sergeant Johnson's mother, Cowanda Jones-Johnson, told The Washington Post on Wednesday that she was present during Trump's call to her son’s widow and she supported the congresswoman’s account of Trump's comment.

“President Trump did disrespect my son and my daughter and also me and my husband,” Jones-Johnson said.