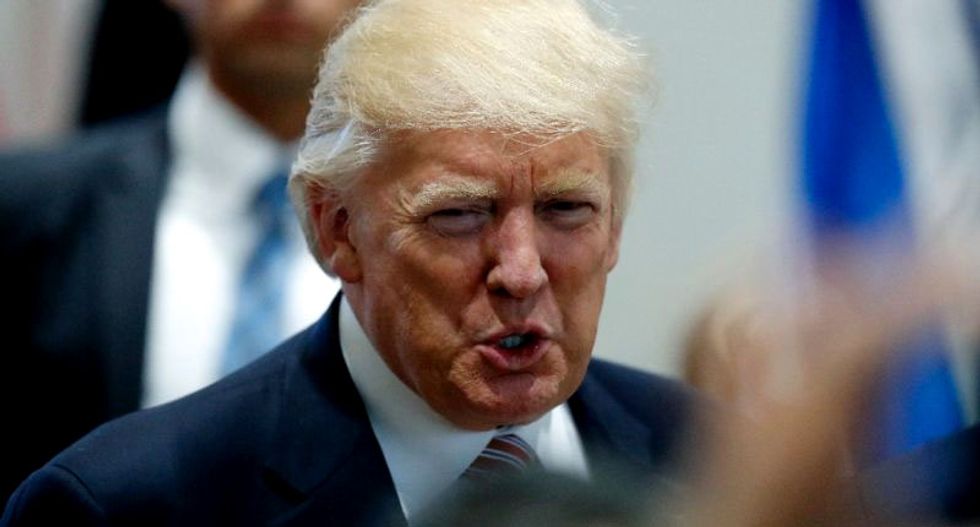 However, an anonymous White House official tells The Sentinel that Trump was simply "misunderstood" when he told Johnson that her late husband "knew what he signed up for" when he joined the Army.

"This president cares deeply," the official explains. "Maybe he said something that was misunderstood, but he certainly cares about fallen servicemen and women."

The admission that Trump may have said something that was misinterpreted by Johnson's family is a contradiction of Trump's insistence on early Wednesday that he had "proof" that Rep. Wilson was lying about the entire exchange.

"Democrat Congresswoman totally fabricated what I said to the wife of a soldier who died in action (and I have proof)," Trump originally wrote on Twitter. "Sad!"

Wilson subsequently went on CNN and said that she had witnesses to back up her account. Since then, Sgt. Johnson's mother, Cowanda Jones-Johnson, confirmed that Trump did tell her daughter-in-law that her late husband "knew what he signed up for."

“President Trump did disrespect my son and my daughter and also me and my husband,” Jones-Johnson told the Washington Post.