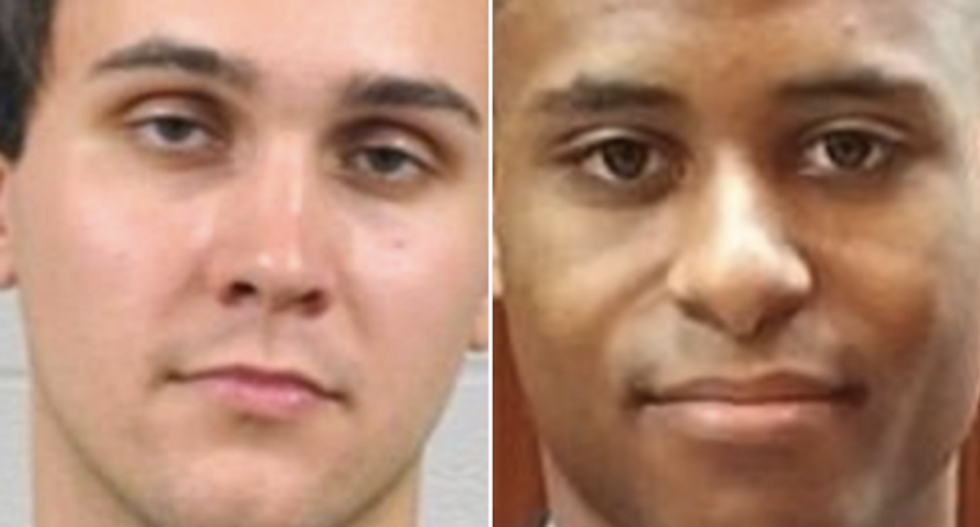 (Reuters) - A white man was indicted on a hate crime charge on Tuesday in the stabbing death of a newly commissioned black U.S. Army officer on the University of Maryland campus in May, a county prosecutor said.

Sean Urbanski, 22, of Severna Park, Maryland, had already been indicted by a grand jury on a murder charge for the death of Lieutenant Richard Collins, 23.

"Lieutenant Collins was murdered because of his race," she said, without providing details on what material was discovered.

If convicted of murder, Urbanski faces a sentence of life in prison without the possibility of parole. The hate crime charge brings a possible sentence of 20 years in prison, Alsobrooks said.

Police have said an investigation showed Urbanski was part of the Alt-Reich group on Facebook, where members post disparaging material about African-Americans, Jews and others, authorities said.

William Brennan, an attorney for Urbanski, was not immediately available for comment. The Washington Post reported him as previously saying in court that “alcohol and substance abuse may have played a significant role in all of this."

Witnesses have told police that an intoxicated and incoherent Urbanski, then a student at the University of Maryland in the Washington suburb of College Park, approached Collins and two friends on a campus sidewalk early on May 20.

He told Collins, who had been commissioned as a lieutenant a few days before: "Step left, step left if you know what's good for you," police said.

When a puzzled Collins said: "No," Urbanski stabbed him in the chest, according to police. Collins died a few days before he was to graduate from Maryland's Bowie State University.

Police arrested Urbanski on the University of Maryland campus.