'You can't buy class': Don Lemon nails why Trump is so obsessively jealous of Obama 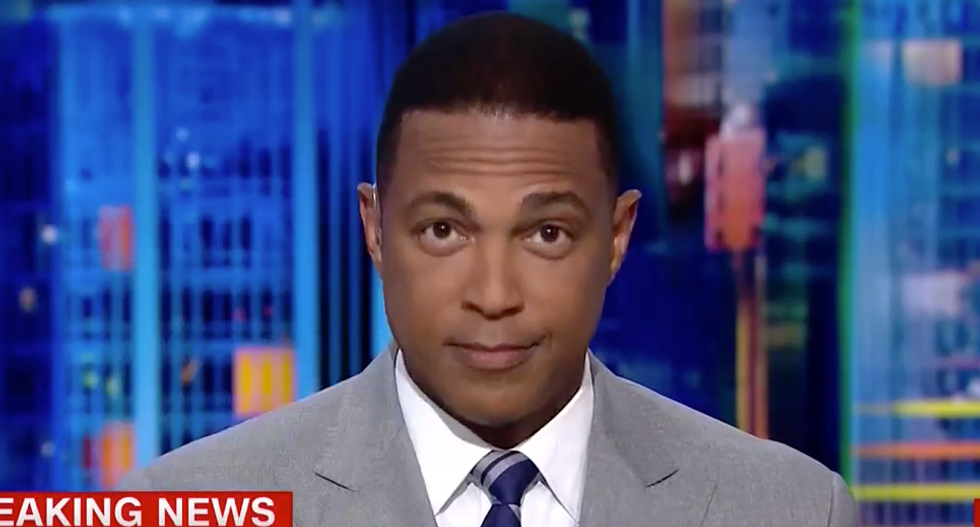 CNN’s Don Lemon on Monday surmised that Donald Trump’s seemingly obsessive fixation with dismantling Barack Obama’s legacy is driven by jealousy, specifically over what Lemon described as the president's lack of class compared with his predecessor.

Lemon was discussing Trump’s most recent attack on Obama, namely that the former president did not call the families of fallen soldiers in a timely fashion (a lie, as demonstrated by a number of fact-checkers and members of the president’s own party).

“Every single thing about him and everything that went wrong he attached it to Obama,” contributor Charles Blow explained. “So every time even Black Lives Matter protested, he would attach it to Obama; ‘Why hasn't Obama fixed this?’ It was an intense fascination with one person that is inexplicable other than to be what we think it is, which is obsessive and the only thing he can think to do and accomplish.”

“I don't think it's inexplicable,” Lemon opined. “You cannot buy, no matter how much money you have, you can't buy class. President Obama, whatever you think of his politics, is a very classy man. He's a smart man. He’s one of the kindest people you want to meet, he and his wife are. I'm not talking about politics, having met them and knowing them, you can't teach that. I think that's something the president is jealous about. He doesn’t have those qualities.”

Blow suggested another layer of Trump’s resentment is likely based on the fact that “Obama was instantly granted a kind of cultural cache that Trump has been denied his entire life.”

“Even when he was at his most successful, moving into manhattan, building skyscrapers, he still was not part of New York City elite cultural life, because, in fact, he refused to do the things that are required,” Blow explained. “First of all, stop acting a fool. But second of all, philanthropy.”

Historian Douglas Brinkley argued when looking at Trump’s obsession with Obama, “you have to look at the race debate, the border wall with Mexico, the comments he said after Charlottesville.”

“He feels by beating up on Obama he's scoring points with people that didn't like the idea of a first African-American president,” Brinkley explained. “It seems pure and simple, and he goes back to it time and time again.”

Conservative goes Matt Lewis argued Trump is likewise obsessed with former presidential candidate Hillary Clinton, and with crowd sizes and with a slew of other items largely unrelated to the executive branch of the Unites States government.

“Im not saying there isn't a racial component,” Lewis added.

“You just made my point,” Lemon chimed in. “Some things you just can’t teach, and that’s class. He can never, no matter how much money, have what Obama had.”