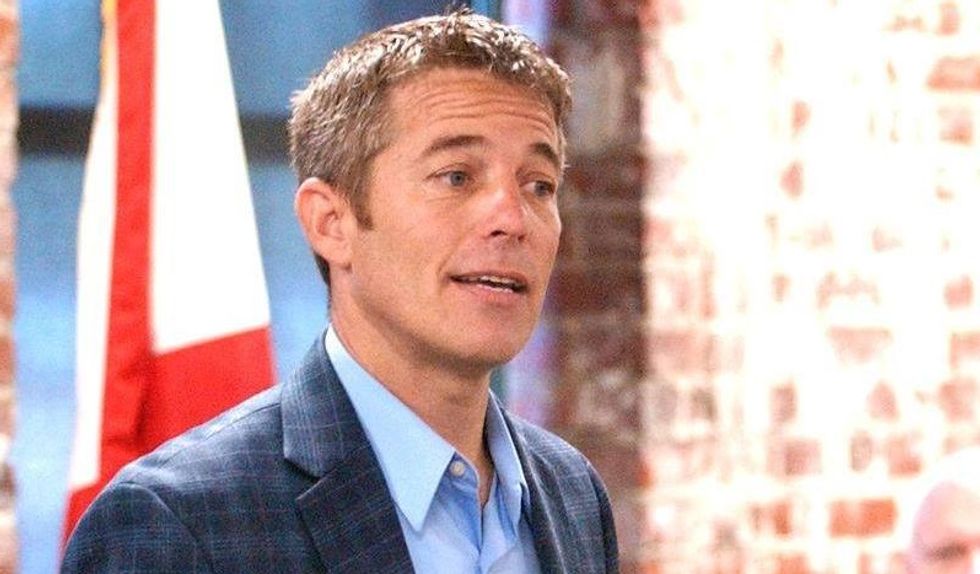 Republican Alabama State Representative Ed Henry said on Friday that he wanted someone to bring charges against the women who accused GOP Senate candidate Roy Moore of making sexual advances on them when they were teenagers.

In an interview with The Cullman Times, Henry raged that the women interviewed in the Washington Post's bombshell report about Moore's sexual behavior waited so long to publicly accuse him of having improper relations with them when they were teens.

"If they believe this man is predatory, they are guilty of allowing him to exist for 40 years," Henry fumed. "I think someone should prosecute and go after them. You can’t be a victim 40 years later, in my opinion."

Henry then went on to say that if Moore had really molested teenagers, they would have come forward years ago and not waited until he was likely about to be elected a U.S. Senator.

"If this was a habit, like you’ve read with Bill Cosby and millions of dollars paid to settle cases and years of witnesses, that would be one thing," he said. "You cannot tell me there hasn’t been an opportunity through the years to make these accusations with as many times as he’s run and been in the news."

Henry also said the women were "foolish" for coming forward with their accusations and hinted they'd regret "going down this road."

Russian state media is having a hard time covering U.S. politics without Donald Trump in office -- and some pundits are so angry about sanctions levied by the new administration that they've almost come to blows on air.

The mood in Russia's tightly controlled news media is decidedly downcast without the former reality TV star who sucked up to their president, Vladimir Putin, and Kremlin-linked hosts and experts agree that Russia is locked in a new Cold War with the U.S. under President Joe Biden, reported The Daily Beast.

Even though former President Donald Trump regularly blamed the Chinese Communist Party for the spread of the novel coronavirus, Trump himself helped the CCP spread its propaganda about the disease after he had a phone call with Chinese leader Xi Jinping.

A lengthy report by the Washington Post's Josh Rogin documents how Trump adopted Chinese Communist Party talking points about the virus in the early stages of the pandemic as he sought to play down the disease and its potential impact on the American economy.

Something strange happened in Congress last night that may tag three Republican members with an ethics violation.

The House held an overnight session so that they could avoid the U.S. Capitol amid the fears of another attack on the building from militia members and conspiracy theorists.