Beverly Young Nelson says Roy Moore tried to rape her as a teen: ‘I was struggling and begging him to stop’ 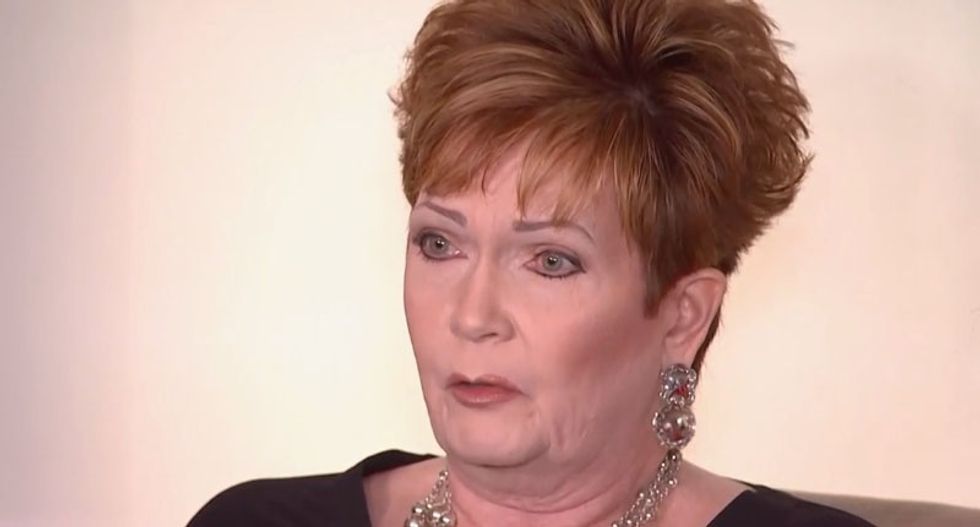 A new accuser emerged on Monday and claimed that Republican Alabama Senate candidate Roy Moore tried to rape her when she was just a teenager.

During a press conference with attorney Gloria Allred on Monday, accuser Beverly Young Nelson said that Moore made sexual advances toward her while he was giving her a car ride when she was just 16 years old.

While the two of them were in Moore's car, she alleges, Moore started groping her breasts. She then says that she tried to escape the car, but Moore locked her door to prevent her from leaving.

She then said Moore "began squeezing my neck attempting to force my head into his crotch." She says that she resisted his advances until he eventually gave up.

Upon letting her go, however, Moore warned her to not tell anyone what had happened.

"You are a child, I am the district attorney," she alleges Moore told her. "No one will believe you."

Nelson also denied that her decision to come forward was political, as she says she even voted for President Donald Trump last year.

Nelson wants Senate Judiciary Committee to call a hearing so she can testify under oath, Allred said.

"I did not contact Beverly. She contacted me," Allred told reporters.

Watch video of the press conference below:

Isabella Zou, Texas Tribune
As dozens of teachers and students waited earlier this month to testify on a Texas Senate bill that would halt new legal requirements that students learn white supremacy is “morally wrong" and study particular writings by women and people of color, Sen. Bryan Hughes sat at the front of the Senate chamber, facing his colleagues.
In describing his intention behind authoring the special legislative session's Senate Bill 3 — part of Republican state lawmakers' ongoing priority this year to limit how racism and current events are taught — Hughes invoked a phrase Martin Luther King Jr. made famous in his 1963 “I Have a Dream" speech.

“There's been a movement called critical race theory spreading across our country, into many of our schools in Texas, sadly teaching that we should judge a person by the color of their skin and not on the content of their character," the Mineola Republican said, his voice measured and resolute. “It's obviously the inverse of what Dr. King taught us, and what as Americans we strive toward."

Ironically, the bill Hughes was presenting actually seeks to remove an upcoming legal requirement that students learn the very King speech the lawmaker referenced — though it will remain mandatory under current state curriculum standards. Meanwhile, experts say the rhetoric Hughes and other Republicans use misconstrues what critical race theory, which isn't taught in Texas schools, does.