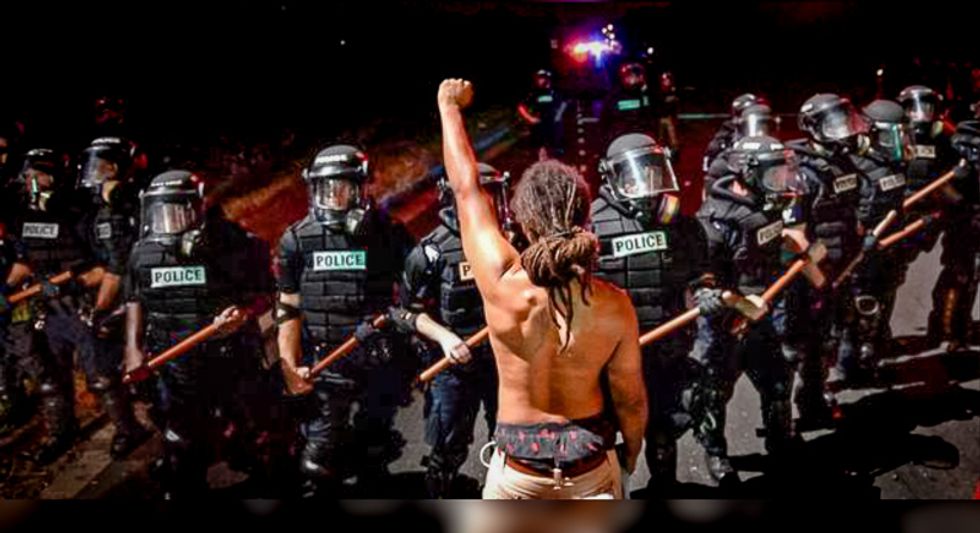 According to WBTV, Democratic candidate Braxton Winston received the second-highest number of votes in Charlotte's Tuesday elections for at-large seats on the council.

“We’re excited. We feel like we ran the campaign that we set out to do,” Winston said after the win. “We were very intentional about it from day one. We wanted to go to every part of Charlotte with a clear and consistent message of a more accessible, equitable and interconnected city.”

“It’s all good to bring ‘new,’ but we have to create a continuum between the past, the present and to the future to know has worked and what hasn’t and build on it," he added.

Winston first gained prominence last year after a photo of him standing in front of a line of police went viral.

"Media outlets across the country chose this photograph by the Charlotte Observer’s Jeff Siner for their reports on the Charlotte protests," The Charlotte Observer reported at the time. "Winston’s stance of defiance illustrated the police-civilian tension that emerged from the Sept. 20 shooting of Keith Lamont Scott, 43, by CMPD Officer Brentley Vinson. The image, taken from behind, doesn’t show Winston’s face; one cannot identify him beyond an athletic upper body and long, dark dreadlocks. Perhaps that is why it became a defining image in the coverage."