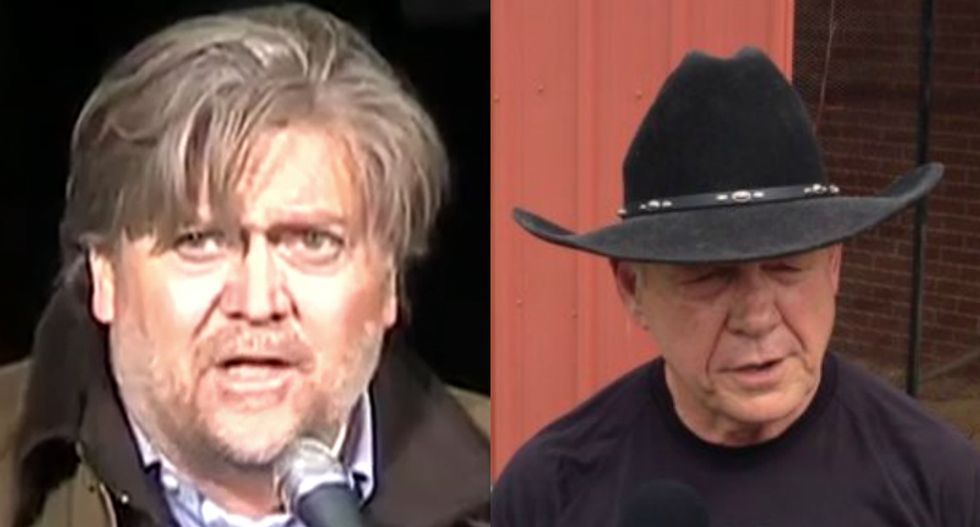 Breitbart.com has sent two reporters to Alabama to dig for ways to discredit and incriminate the women who have accused ex-Chief Justice Roy Moore of sexual advances when they were underage, said Axios.com on Sunday.

This means, Swan said, that this story is "about to get even uglier."

The "alt right" website -- headed by ousted White House chief strategist Steve Bannon and financed by shadowy heiress Rebekah Mercer -- has seized on what it believes is an inconsistency in the story of Leigh Corfman, who told The Washington Post that she was 14 years old when Moore drove her to his empty house, stripped off her clothes, fondled her and tried to compel her to touch his erect penis.

Breitbart reporters claim that Corfman's mother has changed her story about whether or not the girl had her own phone extension when the act of molestation reportedly took place. To them, this calls her entire story into question.

"It's quite a head-scratcher as to why Breitbart thinks this bedroom phone detail matters," said Swan. "As Corfman's mother told Breitbart 'the phone in the house could get through to her easily.' Wells stands by her daughter's allegations. But the fact Breitbart is running stories like this shows the extremes to which it may go to discredit Moore's accusers."

Bannon is heavily invested in Moore's candidacy, treating the former Alabama chief justice's quest for a seat in the U.S. Senate as the flagship campaign for his effort to attack and unseat "establishment Republicans." If Moore loses the special election or steps down, it could be a major blow to Bannon's plan for an uprising of "outsider" candidates.